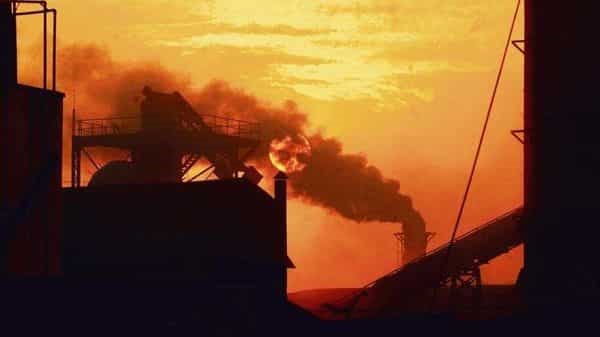 The Climate Change Battle Can’t Be Won Without Industry Action

Mr. Jamshyd N. Godrej is the Chairman of the Board of Godrej & Boyce Manufacturing Company Limited, President of World Wide Fund for Nature - India and a member of the Global Commission on the Economy and Climate. Ulka Kelkar is Director WRI India's Climate Program.

This article was originally posted in Mint.

We have seen two local events completely bring down global supply chains. A ship in the Suez Canal blocked traffic for a week, delaying $9 billion of goods each day. And a pandemic originating in Wuhan led to the world economy contracting by 3.5% and 255 million jobs lost in 2020. Such events reveal the fragility of the seemingly invulnerable and adaptable business sector. Bill Gates, in his new book, How to Avoid a Climate Disaster, estimates that the economic damage caused by climate change will be like that of a covid-scale pandemic every 10 years.

Indian industry has started preparing for the battle against climate change. Climate Trends’ recent survey of 400 large and small businesses in Maharashtra found that more than 70% believe climate change is affecting their profit, material supply, and expenditure. Their main concerns are heavy rainfall, floods, water shortages, and droughts. Top Indian companies estimate the financial impact of climate risks at more than ₹7 trillion, with an average risk of ₹92 billion per company, according to a 2021 report by CDP India.

Several Indian companies have voluntary commitments on climate change, including targets for renewable energy, energy efficiency, electric mobility, greenhouse gas emission reduction, and internal carbon pricing to help achieve these targets. In a new report, World Resources Institute India and Confederation of Indian Industry (CII) find that the existing climate commitments of just 50 leading Indian companies can reduce the country’s total greenhouse gas emissions by almost 2% below national projections for 2030. More than 90% of this emission reduction comes from heavy industries, even though their current emission reduction targets are less ambitious on average. There is clearly potential to do more in these industries.

While Indian industry is starting to take bold action on renewable energy and electric mobility, all studies show that the war against climate change cannot be won without deep decarbonization of industry. This will require major shifts over the next 30 years and more. Here are three big things India’s corporate sector can do.

First, electrify as much as possible all energy use and switch as much as possible of the remaining fuel use to hydrogen. Today, industry burns coal, gas, petroleum and fuel oil to generate heat. But over the next few decades, at least half of this needs to be replaced by clean electricity and hydrogen. Manufacturing hydrogen from electrolysis rather than fossil fuels is currently in the research and development stage. But concerted efforts like the Union government’s new national mission on green hydrogen can help reduce costs and create reliable supply infrastructure for this critical technology. This is the mitigation option with the biggest bang for the buck, potentially reducing a billion tonnes of carbon dioxide by 2050 compared to business as usual. For comparison, India’s current emissions are 2.8 billion tonnes.

Second, increase energy efficiency of industrial equipment. Even if we switch to renewable energy, wind and solar power need scarce land, making it important to squeeze efficiency out of available energy. While many leading Indian companies are among the most efficient in the world, others need to follow suit. Micro, small and medium enterprises (MSMEs) that have the potential to become energy-efficient but lack the capital to upgrade need to be helped by large companies whose supply chains they constitute. Industrial energy efficiency improvement can save around 250 million tonnes of India’s emissions by 2050, and would come at very low cost.

Third, increase material efficiency, product longevity and re-use. Fossil fuels are used not only for energy but also as components of materials and in industrial processes. While we can use renewable energy to replace energy needs, there is nothing similar for materials. However, we can reduce resource use through the circular-economy approach—use low energy and local materials, mix fly ash in cement, recycle scrap metals, re-purpose construction waste, and conserve water. This could help India reduce more than 300 million tonnes of carbon dioxide by 2050.

Finally, because not all process emissions can be eliminated, invest in carbon capture utilization and storage. As the world adopts stronger climate policies, proactive measures by Indian corporates can help them tap new markets and prepare for the economy of the future. Even the finance industry can propel transformative action through its investments, spurring innovation in disruptive technologies and driving down their costs. In doing so, Indian industry also has the responsibility of looking after the well-being of its workers and the communities living near its sites—to equip them with new skills and help them adapt to climate risks. But the challenge is very clear: Without industry, the world cannot win its fight against climate change.