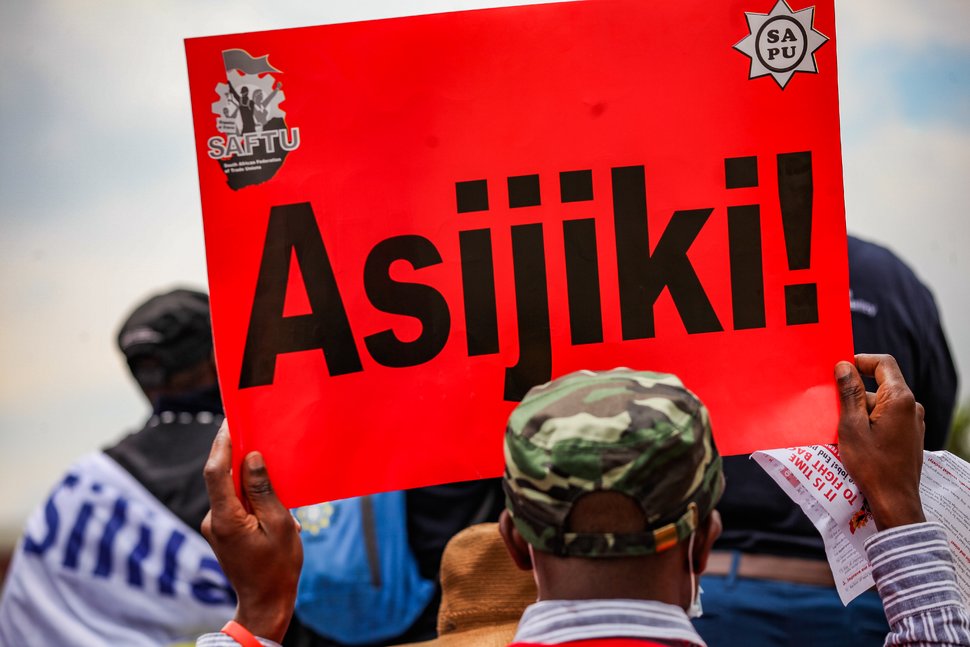 Defeating the Inequality Disease Must Become a Global Rallying Call

This article was originally published in U.S. News & World Report.

Sharan Burrow is the General Secretary of the International Trade Union Confederation and Co-Chair of the Global Commission on the Economy and Climate.

COVID-19 is making the global inequality crisis much worse. It's caused an estimated 120 million people worldwide to fall into extreme poverty. Since the pandemic began, billionaires' wealth has increased by $3.9 trillion while workers' combined earnings dropped by $3.7 trillion.

The effects are split by gender and race. In the United States, just as in the rest of the world, frontline jobs are heavily staffed by women, who are among the lower paid. They are also more likely to have been laid off or left the workforce. People of color face higher unemployment rates, are more likely to be hospitalized for COVID-19, and are less able to telework.

This level of inequality is unsustainable and immoral. It is a virus of its own, one that cannot be cured by a vaccine or wearing a mask. What's more, it is further exacerbated by climate change.

The world we build back must be better, more equal and inclusive both within and between nations. Recovery plans must build resilience against future shocks and that means tackling the convergent crises of COVID-19, the economy, inequality, and climate change together.

For workers this means a new social contract with:

2. Rights: The promise of the International Labour Organization Centenary declaration of rights and protections for all workers irrespective of employment arrangements.

5. Inclusion: Working people want a peaceful world and a just, rights-based development model with the promise of the Sustainable Development Goals.

Investing in smart climate action to jump-start economies is a critical part of the solution. Investing in sustainable infrastructure can create jobs in all regions, getting people back to work, while ensuring access to clean water, electricity, affordable public transit, green spaces and other critical services.

Investing in care creates the societies we want, protects us against further health shocks, lifts the burden of care from women, and affords decent work if we tackle low wages and safety issues. Indeed, boosting women's participation remains the fastest multiplier for both jobs and growth.

Jobs worldwide are being squeezed by automation, the gig economy, monopoly power and changing economics. Fossil fuel jobs are experiencing enormous change. In the United States, the number of coal workers needed per unit of output has fallen more than fivefold in the past 60 years, and more jobs will disappear as the industry becomes increasingly uncompetitive.

That's why "just transition" strategies are needed, including robust social protection systems to help unemployed workers and their families with secure pensions, re-training and education, redeployment and community renewal with regional strategies for economic rejuvenation.

The European Union is taking an important step with its recovery package, which includes a Just Transition Fund that will direct $21 billion to fossil fuel and carbon-intensive regions most impacted by the energy transition. Leaders can also learn from New Zealand, which is creating a well-being budget, and Argentina, where a new tax on extreme wealth could generate billions.

Today's economic crisis is unprecedented, the need for a social safety net is greater, and we must tackle climate change. The good news is that green investment opportunities abound, and they are major job creators. Investing $1 million in building efficiency, clean urban transport or solar photovoltaics as part of the global COVID-19 response creates more than twice as many jobs as investing $1 million in coal or gas power.

We must combat inequality not only nationally but globally. That means addressing the urgent financial needs of developing countries. Countries' abilities to reboot their economies has been deeply unequal. Low-income developing countries have only been able to allocate $42 billion to address COVID and shore up their economies, compared to a staggering $11 trillion (and growing) in developed economies and $1.9 trillion in emerging economies.

Rich countries must do better. Opportunities to help developing countries recover, and to mitigate and adapt to climate change, are both abundant and profitable. Crucially, countries must do everything in their power to share the COVID-19 vaccine fairly across the globe.

Debt relief is a powerful tool to help countries strengthen their pandemic responses and should be a priority for the G7 and G20 this year, along with liquidity from special drawing rights and support for a global social protection fund for the poorest countries. Indeed, the U.N. Secretary General has just called for debt relief. Global solidarity has never been more important.

This COVID-19 recovery must be funded with tax, debt relief and targeted support for developing economies. It will not be achieved with austerity! And all private investment must integrate the measurement of sustainability and societal impacts of investments, along with the transparency of disclosure. We can no longer afford stranded assets, people or communities.

If we are to build an inclusive future based on shared prosperity on a stable planet, equity must be at the heart of countries' stimulus packages and national climate plans. This means working with industry, trade unions, citizens, academia and others to support fair and decent employment in the low-carbon economy and ensure that solutions benefit the poorest and most vulnerable. Defeating the inequality disease must become a global rallying call.