Commentary: We must give women a chance to build back a better food system 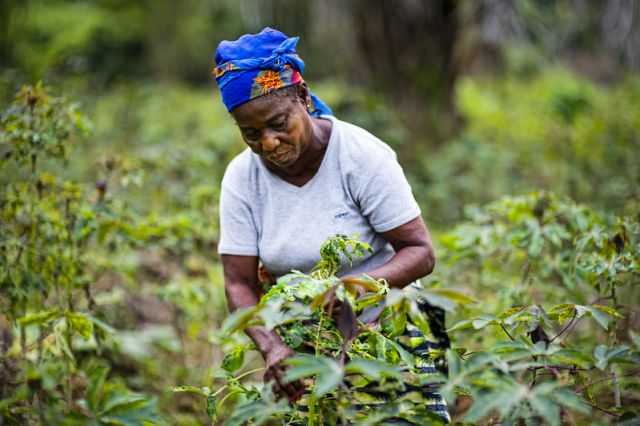 This article was originally published in CNBC Africa.

Dr. Agnes Kalibata is the President of AGRA and a member of the Global Commission on the Economy and Climate. She has been appointed as the UN Secretary-General's Special Envoy for the 2021 Food Systems Summit.

Communities across the world are facing a food securitycrisis. Over 690 million people worldwide experiencehunger on a daily basis. This has only been exacerbated by the impacts of COVID-19: The number of people facing acute food insecurity could double to 265 million by the end of 2020.

It doesn’t end there. For billions of people living in the global South, this is a crisis on top of a crisis on top of a crisis. In southern Africa, record-breaking droughts and floods destroyed crops on a large scale earlier this year. Massive outbreaks of desert locusts continue to threaten crops in East Africa. In fact, in 2019 weather extremes and conflict led to 33 million and 77 million starving people, respectively.

The pandemic is pushing already vulnerable people further to the brink and it cannot go on. Moving forward, COVID-19 recovery efforts need to build resilience in our food systems to withstand future shocks. More than that, we must ensure a fair and just recovery, as the impacts of crises are not felt equally.

Women are at the frontlines of economic and extreme weather impacts, including impacts driven by both climate change and the spread of COVID-19. Women often lack decision-making power in and are de-prioritised during emergencies. The food insecurity crisis is no different. While women comprise 40-60% of the agricultural workforce, existing institutional biases often prevent them from having access to land rights, financing tools andtraining opportunities, and hold them back from employment and leadership.

But women are a vital part of the solution to these challenges. If women had access to the same resources as men, they could close the gender yield gap and increase production on their farms by 20-30% on average, and help reduce the number of hungry people in the world by 12-17%.

Addressing gender inequity must be central to the response to food insecurity. In the short-term, we need immediate financial and policy support to manage the impacts of COVID-19 on current food production and distribution systems.

Ensuring equitable access to agricultural inputs and resources in the near-term can decrease the long-term effects of the food crisis. Targeted food programmes and shock-responsive safety nets can enhance and expand social protection measures, but must reach women in places where they are needed the most. Response efforts can collect sex and age disaggregated data and use this to monitor who is being most impacted. Such data can helpdesign evidence-based interventions that support the most vulnerable, such as women and women-run businesseswho bear the burden of the pandemic so disproportionately.

In the long-term, we must make the food system more resilient to potential future shocks. Practices such as regenerative agriculture that enhance soil health, promote agrobiodiversity, and efficiently manage water have shown to increase yields and must be available to people that need them the most. But sustainable food systems are only possible with gender equality, as was found in a programme carried out by the UN across seven countries, including Liberia and Niger. Results showed that when rural women have better access to resources and opportunities, their communities have improved nutrition, increased incomes, and more efficient and sustainable food systems.

Securing women’s land rights is a critical step towards any solution to the current hunger crisis. Doing so createsincentives for long-term investments, such as soil conservation, by female farmers. This can result in increased productivity and makes the land more resilient to climate change, in turn improving livelihoods.

Many regions and countries are already advancing equal land rights for women. The African Union has declared a goal of 30% of all registered land being in a woman’s name by 2025. There is still a ways to go but progress can be noted: My home country of Rwanda, which has the highest percentage of female parliamentary members globally, is also one of only two countries in Sub-Saharan Africa with over 20% of land rights registered in women’s names. Even when land is shared, such as in marriage, the woman’s share is protected by law in Rwanda, a very critical yet often forgotten step.

Bolstering women’s role in the food system can have broad and lasting benefits for our communities and environment. We know that women can lead recovery todeliver a sustainable food system. What we need now is global solidarity to address and overcome the gender barriers.

Next year’s UN Food Systems Summit, for which I am the Special Envoy, calls on all of us to collectively act and change the way we produce, process, and consume food. Leveraging international processes, by ensuring that regional and national consultations are inclusive and participatory, can provide platforms that listen to and support women as change agents.

Now is a unique moment to collectively aim for economic, social and environmental transformation on a previously unthinkable scale. Women can lay the foundation and lead the effort to build back better – we just have to give them the chance.