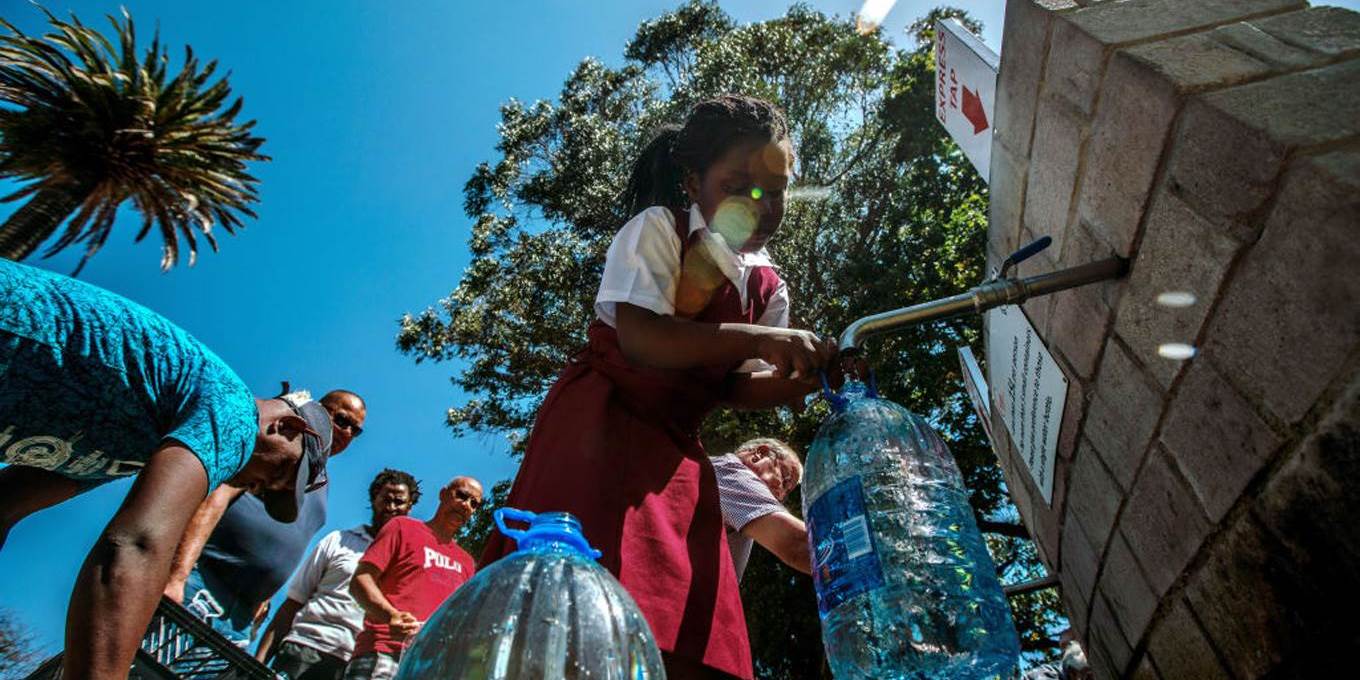 Carlos Lopes a professor at the Mandela School of Public Governance at the University of Cape Town, is High Representative of the African Union for partnerships with Europe post-2020 and a member of the Global Commission on the Economy and Climate.

The fight against climate change could be reshaped in the final month of the year, with the just-completed G20 summit in Argentina followed this week and next by the United Nations Framework Convention on Climate Change (COP24) in Katowice, Poland. But will leaders be bold enough to push for bold policies to keep global temperature rise “well below” 2° Celsius above pre-industrial levels, the target set by the 2015 Paris climate agreement, or will they respond with a collective shrug?

Whatever the answer, the ramifications will be felt most acutely in Africa. That means Africans must be prepared for either outcome.

In October, the Intergovernmental Panel on Climate Change released a comprehensive report demonstrating that anthropogenic activity has warmed the planet by 1°C since the pre-industrial era, and that every additional fraction of a degree will impose high costs. For example, by 2020, Africa will spend $7-15 billion annually to adapt to climate change, and even if warming is held below the 2°C threshold, the price tag could hit $50 billion by 2050. Countries of the Sahel could also suffer GDP declines of up to 6% in the coming decades as a result of climate-related water stress.

In other words, the world must reduce its greenhouse-gas emissions, and Africa must adapt to the climate disruptions already unfolding. Fortunately, proactive policies and investments in sustainable development could unleash a wave of economic opportunity, which in turn could make adaptation more manageable.

A report released in August by the Global Commission on the Economy and Climate, of which I am a member, found that if the world moved toward a low-carbon economy – for example, by phasing out fossil-fuel subsidies, halting deforestation, and putting more electric vehicles on the road – $26 trillion could be added to the global economy by 2030. Ambitious climate action could also create more than 65 million new low-carbon jobs, prevent 700,000 deaths from air pollution every year, and lead to higher workforce participation by women.

With more than 450 million workers poised to enter the labor market by 2035, most African economies will need to innovate to stay strong; one of the best ways to do that is with “greener” growth. This is true even – or especially – for a traditional industry like agriculture, which accounts for up to 60% of the continent’s jobs but is especially vulnerable to droughts and other climate shocks.

Some communities are already demonstrating that it is possible to adapt to climate change and lift incomes in the process. In Uganda, for example, 270 smallholder farmers are using drones to be apply water, fertilizer, and pesticide more precisely. The pilot project, launched in 2015 with support from TechnoServe and the Bill & Melinda Gates Foundation, has led to a 60% decline in pesticide use and a 100% increase in yields. Annual farm income is up by an average of $2,150, demonstrating that boosting productivity and conserving resources can strengthen farm resiliency in even the harshest conditions.

Innovation will also be needed in African cities; by 2050, Africa’s urban population will more than double, to 2.4 billion people, and insulating these communities from climate disruptions will not be easy. But, because much of the infrastructure that will support this growth has not yet been built, we still have time to ensure that our urban areas are climate resilient and oriented toward low-carbon development.

Here, too, there are promising examples to emulate. In 2008, Lagos became the first African city to build a Bus Rapid Transit system. The lean, efficient network cost $1.7 million per kilometer, a relatively low price that allowed the city to recoup its investment in just 18 months. In addition to lowering carbon-dioxide emissions and improving air quality, the city’s new transit system also slashed travel times by an average of 30% and cut transport costs for low-income households along the route by as much as 31%.

After decades of research, the world has a clearer understanding of the economic benefits of low-carbon development. We also have a greater appreciation of the costs of failing to respond to the climate-change challenge. With new and cheaper technologies, governments have the tools to build stronger, more sustainable economies.

What has often been lacking is leadership, a void that can be filled in the weeks ahead. Officials should recommit to pursuing green growth and funnel investments into climate-resilient projects. Africa’s entrepreneurs and local officials have already demonstrated their determination to do this; what they need now are bold global leaders who will join them.