Commentary: For Africa, Going Green Is Not a Luxury 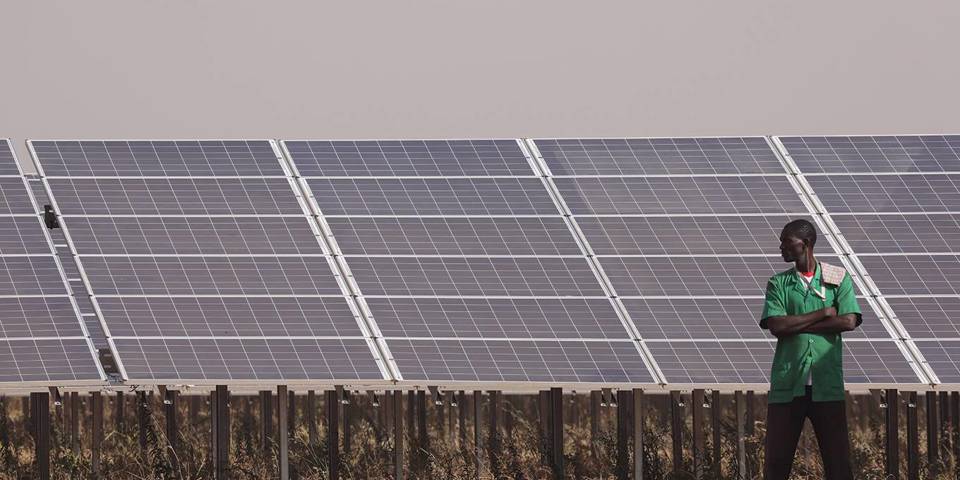 For Africa, Going Green Is Note a Luxury

Earlier this year, Tropical Cyclone Idai tore through southern Africa, killing hundreds, injuring thousands, and displacing even more. In Mozambique, as much as half of all annual crops and critical infrastructure were destroyed. In total, over three million people in the region were affected. It was a stark reminder of Africa’s vulnerability to the intensifying consequences of climate change.

Cyclones are nothing new, but as climate change progresses, they are becoming increasingly common: the Indian Ocean has an average of three cyclones per cyclone season; yet in this season alone, there were seven. The same goes for other kinds of weather events. In Zimbabwe, more than two million people are now facing an acute water shortage as a result of climate change-induced drought.

But even as Africa faces new challenges from climate change, it also has major opportunities to expand its economy and reduce still-pervasive poverty. The combined GDP of African countries vulnerable to climate change is on track to rise from $2.45 trillion in 2019 to $3.46 trillion in 2024.

Can Africa secure this economic progress without contributing further to climate change? The solution lies in a kind of Green New Deal – a comprehensive strategy for achieving sustainable growth, much like the one being championed by some Democratic politicians in the United States. A pillar of such a plan would involve making large-scale investments in renewable-energy deployment.

Whereas an American Green New Deal would focus on shifting away from fossil fuels, the infrastructure for which is already in place, an African strategy would be delivering energy (and energy infrastructure) from scratch. About 60% of the people worldwide who lack access to electricity live in Africa.

Yet in 2018, Africa received less than 15% of global energy investment. And much of those limited funds are still going toward yesterday’s technologies. Between 2014 and 2016, nearly 60% of Africa’s public investment in energy went to fossil fuels – $11.7 billion, on average, each year.

This approach is not only environmentally irresponsible; it also makes little economic sense. Renewables are already outcompeting fossil fuels globally, and bold action on climate now promises to bring major economic benefits – to the tune of $26 trillion globally through 2030. Given this, the European Investment Bank – a longstanding source of energy investment in Africa – should approve an existing proposal to halt all lending for fossil fuel-reliant energy projects by the end of 2020.

As for Africans, they are already promoting sustainable development. The African Union’s Agenda 2063, created in 2013, set an ambitious blueprint for attaining sustainable and inclusive growth over the subsequent half-century. The African Renewable Energy Initiative (AREI), founded in 2015, focuses on drastically increasing the use of renewables, while expanding overall energy access.

On the ground, solar mini-grids are delivering cheap renewable energy to communities across Africa, increasingly at competitive prices (relative to comparably sized diesel-powered grids). Solar home systems and clean-cooking solutions (which use cleaner, more modern equipment and fuels) are also providing cost-competitive clean energy access. In East Africa, households equipped with solar systems saved an estimated $750 each on kerosene and eliminated 1.3 tons of carbon dioxide over the first four years of use.

What a Green New Deal must do is bring such innovations to scale, through coordinated public and private investment in wind- and solar-power generation – both on- and off-grid – and support for the deployment of clean-cooking solutions. This should be integrated with broader efforts to foster green industrialization and entrepreneurship.

Substantial funding is already on offer. Earlier this year, the World Bank announced plans to provide $22.5 billion for climate adaptation and mitigation in Africa for 2021-25. The African Development Bank, for its part, recently invested$25 million in a renewable-energy equity fund that plans to add 533MW of installed energy-generation capacity in Sub-Saharan Africa. This initial public investment is expected to mobilize an additional $60-75 million from private investors.

But, if a country hopes to be a recipient of that private investment, it must have strong energy planning and an effective regulatory regime, which is crucial to functioning clean-energy markets and the emergence of project pipelines. That is why African countries must integrate climate action into all their economic and development planning.

To this end, a coalition of African countries, supported by the United Nations Economic Commission for Africa and the New Climate Economy, is working to facilitate meaningful, coordinated action that puts the entire continent on a more inclusive and sustainable growth path. Partnerships with national finance and planning ministers, relevant development-finance institutions, and the private sector will support this process.

Overcoming the formidable challenge that climate change poses to Africa will depend on moments of collective focus and clarity. The UN secretary-general’s climate summit next month should be just such a moment, with countries committing to step up their emissions-reduction targets under the 2015 Paris climate agreement, so as to reach net-zero emissions by mid-century.

Given their heightened vulnerability, African countries have every incentive to set the bar high, thereby putting pressure on others to ramp up their own contributions. Only with concerted global action will we have any hope of averting climate catastrophe.