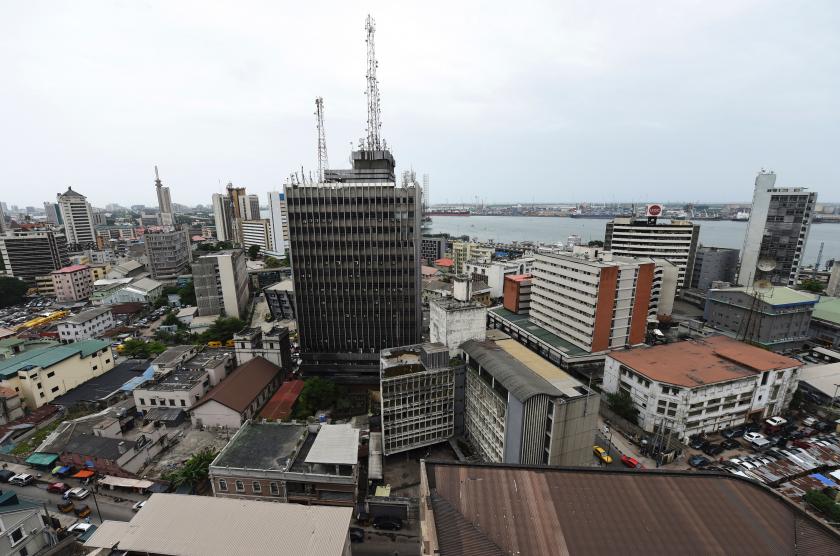 This article was published in CityMetric.

Africa's cities face unique risks. How can governments manage them?

Sarah Colenbrander is the Global Programme Lead and Senior Economist with the Coalition for Urban Transitions.

Cities in sub-Saharan Africa are growing fast. Nigeria alone is projected to add 212m urban dwellers by 2050, equivalent to the current population of Germany, France and the UK.

But focusing on population growth leads many to overlook the other unusual features of African cities. Urban economies across the region are markedly different from those of other cities around the world: they are more expensive to live in, more informal and less industrial.

In a paper published earlier this year, we explored how these distinctive traits are increasing vulnerability.

In our research we demonstrate that African cities are too often developing in ways that perpetuate poverty and marginalisation. The amount of money that people have to spend on basic necessities, the precarious nature of their employment and their exclusion from the formal economy mean that they have limited resources to cope with environmental risk.

There are ways around these problems, but they need governments to work much more collaboratively with people living in informal settlements and working in the informal economy.

For many, African cities are inextricably linked with poverty. It therefore seems counter-intuitive that the cost of living is higher in urban Africa than in other cities in the global South.

One estimate suggests that food and drink cost 35 per cent more in real terms in sub-Saharan African cities than in other countries, while housing is 55 per cent more expensive.

This means that urban dwellers have to spend more of their income to enjoy the same quality of life. The average urban household in sub-Saharan Africa spends 39 per cent to 59 per cent of its budget on food alone.

Of course, there is considerable variation across the continent. Cities in The Gambia, Mauritania, Madagascar and Tanzania remain relatively affordable. Those in Angola, the Democratic Republic of Congo, Malawi and Mozambique are the most expensive.

The high price of basic goods and services means that people living in African cities have little money to spend on reducing risk, such as upgrading their homes, preventative health care or buying insurance.

African cities are not industrialising

Urbanisation has historically been closely linked to industrialisation. From Detroit to Manchester to Shenzhen, the rise of a vibrant manufacturing sector fuelled rapid population and economic growth in cities. But in sub-Saharan Africa, urbanisation is taking place withoutindustrialisation.

One explanation for this unusual trend is that higher living costs mean that the labour force requires higher wages than competing cities in Asia. This makes it difficult for African cities to attract international capital.

In other cases, the export of commodities such as oil and diamonds have generated high income for a small share of people in countries such as Angola, Nigeria and Libya. The wealthy beneficiaries then create urban employment through demand for non-tradeable services such as retail, transport and construction.

Whatever the driver, urbanisation without industrialisation means that jobs and livelihoods too often remain low-skilled and poorly paid. Without the opportunity to develop skills and organise collectively, workers exert little influence over working conditions.

Instead, urban residents continue to depend on precarious livelihoods in the agricultural and services sectors. This means that they are susceptible to environmental shocks, such as extreme weather that can make it impossible for street vendors, waste pickers and other informal workers to ply their trade.

By comparison, manufacturing jobs have a number of spin offs. They offer income security and skill development. Local employers in the public and private sector benefit from new knowledge and skills, while workers can accumulate capital. This offers a path out of poverty. Few African cities are enjoying these positive spillovers.

The lack of industrialisation also means that there’s little political incentive for governments to invest in risk reducing infrastructure like sewers, drains and all weather roads.

And yet, in many African cities, government policies discriminate against these workers. For example, street vendors and waste collectors are often banned from using public spaces. They may even suffer harassment from government officials.

Yet they play a central role in increasing the resilience of the city.

Waste pickers recycle large amount of material, reducing pollution and maintain city cleanliness. This helps prevent diseases, particularly those spread by bacteria, insects and vermin that might otherwise feed or breed on garbage.

The informal economy is not perfect. Informality creates risks for consumers and workers. A lack of state oversight makes it difficult to enforce regulation, such as water treatment standards or minimum wages. Waste pickers in particular face severe health risks due to their work. Informal housing is often in hazard prone parts of the city.

But there can be little doubt that informal service provision or informal livelihoods are better than none at all.

Successful strategies to reduce risk therefore need to be developed in collaboration with informal workers in sectors such as food, water, housing and solid waste management. Similarly, partnerships with communities living in informal settlements can ensure that the voices of vulnerable urban residents are heard, and their needs are addressed.

Only through a more flexible and inclusive approach will African cities be able to manage the risks associated with their unique economic development path.