Press release: reducing food waste could save the global economy $300 billion a year 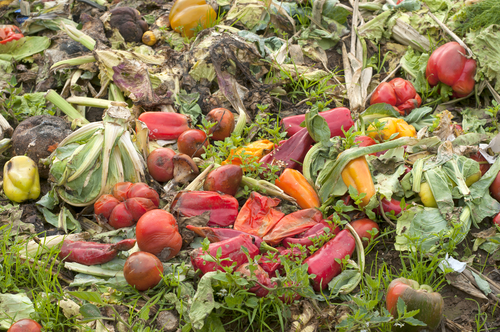 London, February 26th, 2015: Reducing consumer food waste could save between US$120 and 300 billion per year by 2030 according to a new report by WRAP (The Waste & Resources Action Programme) and the Global Commission on the Economy and Climate. To achieve this would require a 20-50% reduction in consumer food waste.

One third of all food produced in the world ends up as waste, while the value of global consumer food waste is more than US$400 billion per year. As the global middle class expands over the course of the decade, the cost could rise to US$600 billion, according to new research conducted by WRAP for the Global Commission.

Their report, Strategies to achieve economic and environmental gains by reducing food waste, also identifies significant opportunities to improve economic performance and tackle climate change by reducing the amount of food that is wasted in agriculture, transport, storage and consumption.

Dr Richard Swannell, Director of Sustainable Food Systems at WRAP said: “Food waste is a global issue and tackling it is a priority. This report emphasises the benefits that can be obtained for businesses, consumers and the environment. The difficulty is often in knowing where to start and how to make the biggest economic and environmental savings. In partnership with UNEP and FAO, WRAP produced international guidance on how to achieve that through implementing effective food waste prevention strategies that can be used across the world.

“Consumers also have a role to play. In the United Kingdom, where we are based, the majority of food waste occurs in the home. Through our consumer campaign Love Food Hate Waste we empower consumers with advice and tips on how to waste less and save more. Between 2007 and 2012, this helped householders reduce avoidable food waste by 21%, saving a total of £13 billion.”

Reducing food waste can also make a significant contribution to tackling climate change. An astonishing 7% of all global greenhouse gas emissions (GHGs), or 3.3 billion tonnes CO2 equivalent (CO2eq) per year, are due to food waste.

WRAP estimates that by 2030 global GHGs could be lowered by at least 0.2 and possibly as much as 1 billion tonnes CO2eq per year through food waste reductions, more than the annual emissions of Germany. When food waste is decreased, this makes it more likely that an increasing population can potentially be fed from the same amount of land.

Helen Mountford, Global Programme Director for the New Climate Economy, said: “Reducing food waste is good for the economy and good for the climate. Less food waste means greater efficiency, more productivity, and direct savings for consumers. It also means more food available to feed the estimated 805 million that go to bed hungry each day. Reducing food waste is also a great way to reduce the greenhouse gas emissions that contribute to climate change. These findings should serve as a wakeup call to policymakers around the world.”

The report highlights how practical changes, such as lowering the average temperatures of refrigerators or designing better packaging, can make a considerable difference in preventing spoilage. Approximately 25% of food waste in the developing world could be eliminated with better refrigeration equipment.

WRAP’s findings contributed to Better Growth, Better Climate: The New Climate Economy Report. This report, released in 2014 by the Global Commission on the Economy and Climate, demonstrates how countries can achieve economic growth while dealing with the risks posed by climate change. The report highlighted how reforms in urban development, land use and energy policy would lead to sustained growth in a low-carbon economy.

About the Global Commission on the Economy and Climate: The Global Commission on the Economy and Climate was established by seven countries: Colombia, Ethiopia, Indonesia, Norway, South Korea, Sweden and the United Kingdom, as an independent initiative to examine how countries can achieve economic growth while dealing with the risks posed by climate change.  Chaired by former Mexican President Felipe Calderón, and co-chaired by renowned economist Lord Nicholas Stern, the Commission comprises 24 leaders from 19 countries, including former heads of government and finance ministers, leading business people, investors, city mayors and economists. It has been advised by a panel of world-leading economists chaired by Lord Nicholas Stern that includes two Nobel Laureates.

Research for the Commission has been carried out by a partnership of leading global economic and policy institutes, including the World Resources Institute (Managing Partner), the Climate Policy Initiative, the Ethiopian Development Research Institute, the Global Green Growth Institute, Indian Council for Research on International Economic Relations, LSE Cities at the London School of Economics and Political Science, the Stockholm Environment Institute and Tsinghua University.

About WRAP: WRAP’s vision is a world where resources are used sustainably. It works in partnership with governments, businesses, trade bodies, local authorities, communities and individuals looking for practical advice to improve resource efficiency that delivers both economic and environmental benefits.

Our mission is to accelerate the move to a sustainable resource-efficient economy through:

First established in 2000, WRAP is a registered charity. WRAP works with UK Governments and other funders to help deliver their policies on waste prevention and resource efficiency.

WRAP is a registered Charity No. 1159512 and registerered as a Company limited by guarantee in England & Wales No. 4125764. Registered office at The Old Academy, 21 Horse Fair, Banbury, Oxon, OX16 0AH. Find out more about our work in our Business Plan.