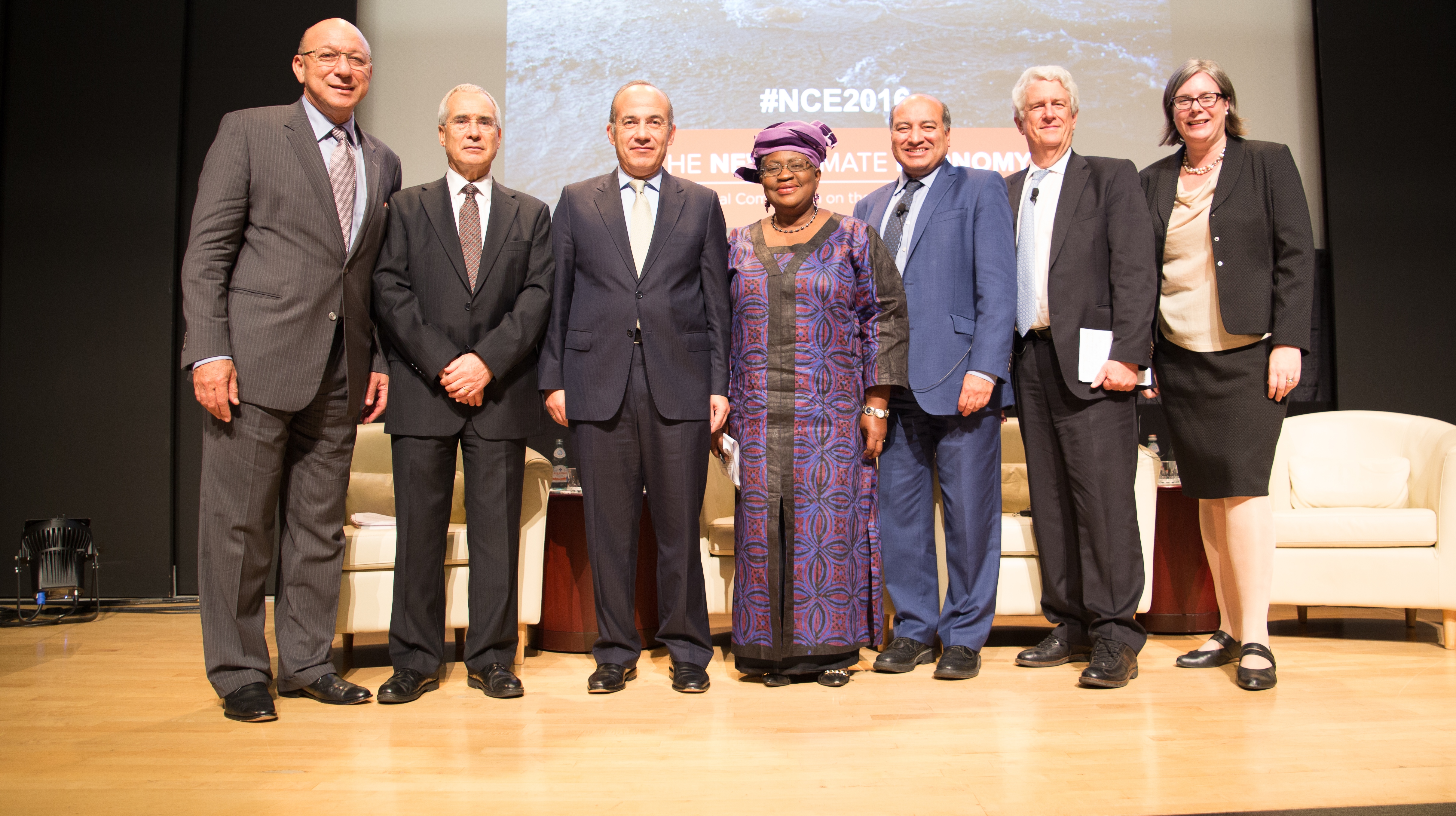 Better, smarter urban growth could be an economic opportunity for India worth up to 6% of GDP by 2050, according to our latest research which was launched in New Delhi on November 29 by Global Commissioners Nicholas Stern and Naina Lal Kidwai, and the Joint-Secretary of India’s Ministry for Urban Development Neeraj Mandloi. The report, Better Cities Better Growth: India’s Urban Opportunity undertakes a first-of-its-kind analysis drawing on satellite data of night-time lights to compare cities’ urban form with their economic growth. It finds that Indian cities that were more compact in 2002 experienced faster economic growth from 2002-2012. It recommends that the government reform land regulations, expand sustainable urban infrastructure, and strengthen local government accountability and financing. The report was developed by colleagues at ICRIER, UNC, WRI, and the Coalition for Urban Transitions. 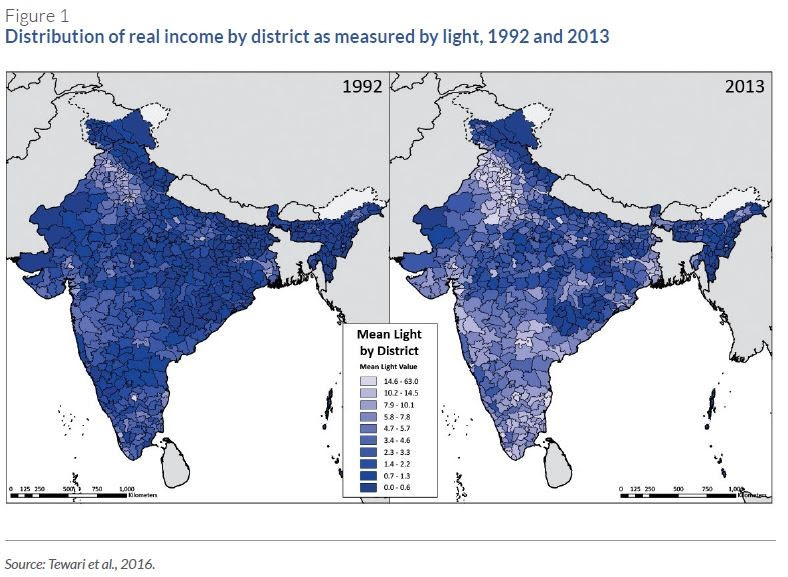 The benefits of economic transformation in Africa

Our new report, Africa’s New Climate Economy, finds that economic transformation can revive Africa’s growth rates while promoting development and climate goals. The report details actions that can promote economic transformation and green growth in four key economic systems: unleashing the power of urbanization, transforming agriculture and land use, diversifying into manufacturing and other high-productivity sectors, and fostering a modern energy transition. It was launched on November 15 by Global Commissioners Carlos Lopes and Ngozi Okonjo-Iweala at a COP22 side event on “Greening Industrialisation in Africa,” co-hosted with UNECA, the AU, and AfDB.

Applying this larger framework to the country level, our new report with the Ugandan Ministry of Finance on Achieving Uganda’s Development Ambition quantifies the economic benefits of green growth. In an analysis of 23 green growth interventions, the report finds that they could increase Uganda’s annual GDP by 10%, worth US$11.5 billion by 2040, and reduce greenhouse gas emissions by 28%. Across cities, agriculture, industry, and energy, the benefits of a green growth transition in Uganda outweigh the costs by a ratio of 3 to 1. A green growth scenario could generate 1.3 million jobs (gross) by 2020 and 4 million by 2040. On November 29, the report was handed over to the Ugandan Permanent Secretary of the Treasury, Keith Mukahinizi, in Kampala and it is a major input to the development of their Green Growth Strategy. The work was developed together with the EPRC, GGGI, and Coalition for Urban Transitions. 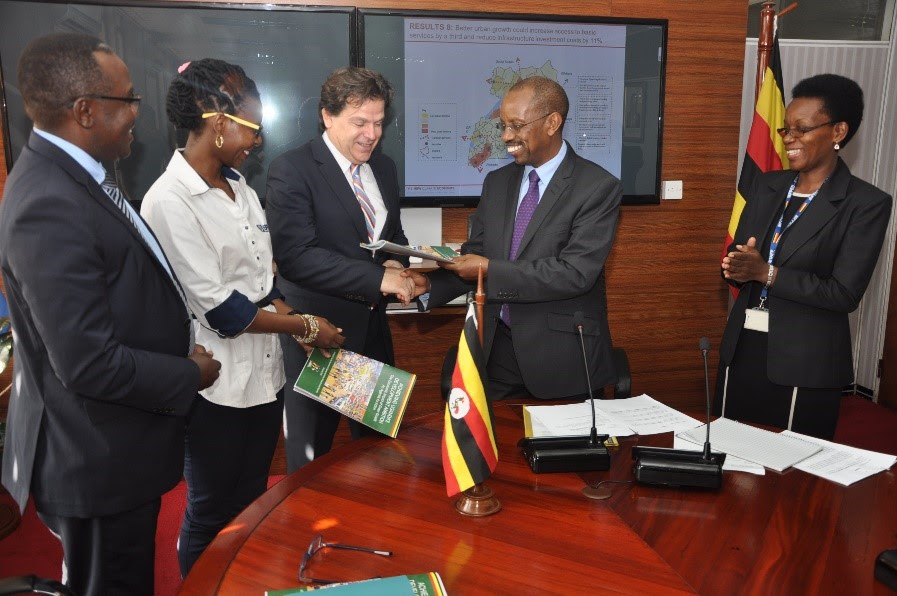 The 2016 Global Commission report, The Sustainable Infrastructure Imperative, was launched at the Inter-American Development Bank (IDB) in Washington DC in October by six of our Global Commissioners and the IDB President. Since then, a number of country launches have been hosted by our Global Commissioners or commissioning countries: in Mexico, by President Felipe Calderón and the Fundación Desarrollo Humano Sustentable; in Korea, by the Ministry of Foreign Affairs and the Climate Change Center; in India by Nicholas Stern, Naina Lal Kidwai, and ICRIER; and in Norway by the Norwegian and Colombian Ministers for Environment, with participation by Sharan Burrow, Kristin Skogen Lund and Christian Rynning-Tønnesen.

October also saw the most online posts about sustainable infrastructure of any month since records began, according to social media analysis by the New Climate Economy using the online monitoring tool Crimson Hexagon. The following month was also higher than average. 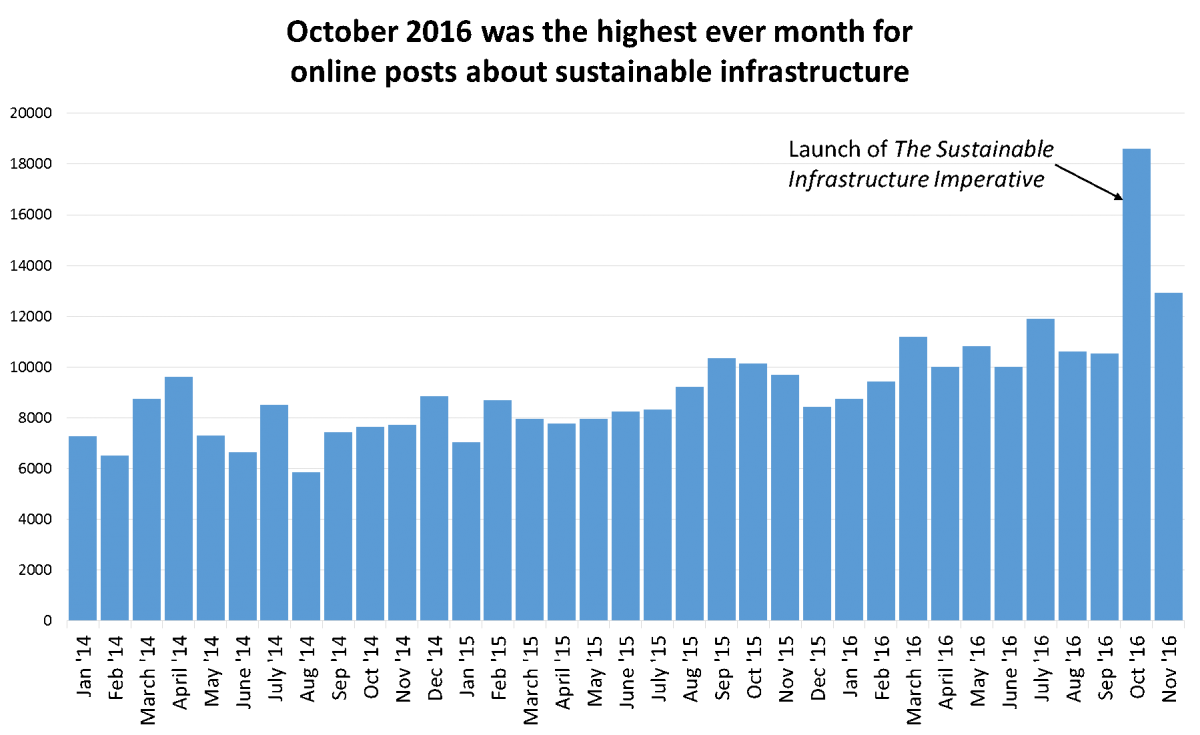 10 years on after the Stern Review

To mark the 10th anniversary of the publication of the Stern Review on the economics of climate change, our Commission co-chair Lord Nicholas Stern spoke at an event at the Royal Society in London. He looked forward to the next 10-15 years, when the world can lock in either a sustainable or unsustainable future, and even further to the next century. “We can make this a century where we actually tackle the two defining challenges of our time, overcoming poverty and managing climate change,” he said. “If we fail on one, we will fail on the other.”

Lord Stern carried on the forward-looking theme at a keynote on finance for climate action at COP22’s High-Level Event on Accelerating Climate Action. Investing in sustainable infrastructure is at center stage of the “growth story of the future,” he said. “As we pursue this story… we will innovate, we will discover, we will launch a wave of technological change” that will boost growth.

Beyond Coal: Scaling Up Clean Energy to Fight Global Poverty

From Risk to Return: Investing in a Clean Energy Economy