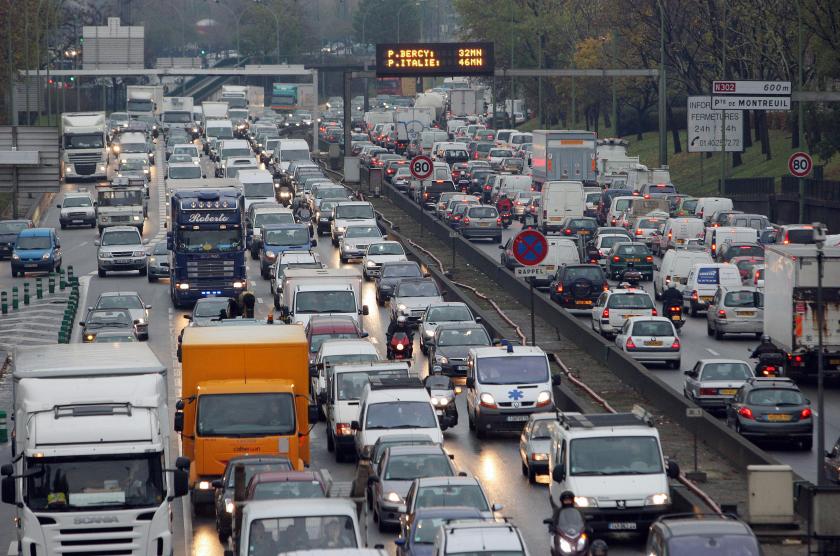 This article was first published in CityMetric.

By Louise Hutchins and Julia Thayne

Louise Hutchins is an advisor to NCE's cities initiative, the Coalition for Urban Transitions, former special advisor to the Ecuadorian government, and led Greenpeace UK’s energy campaigns. Julia Thayne is the Director of Urban Development for the Siemens’ Center for Cities in the Americas and co-author of Connected Urban Growth: Public-Private Collaborations for Transforming Urban Mobility.

From London to Delhi, e-hailing companies like Uber and journey-planning apps like CityMapper are fast transforming the way people move around cities.

When you’re rushing to work and your home is miles from a train station, the bus is not due for 30 minutes and the city bike-hire scheme hasn’t reached your part of town yet, you are increasingly likely to reach for your smartphone to find the closest car-club vehicle, or to hail a taxi.

But what if we all did that to travel around our cities? Imagine the congestion and air pollution as people flock to cars.

So how do we fill the gaps in the public transport system without grinding our neighbourhoods to a standstill? How can our kids get to school without also getting asthma? Even if everyone uses electric driverless vehicles, what would that do for the sheer number of cars in our cities? With the greatest urban migration in history expected over the next 20 years, increasing the number of people living in cities from 3.5bn to 5bn, the stakes are high.

We were among those who produced the first global study to track this new wave of innovations in transport technologies, and our conclusions are bold. There are three major opportunities for city governments to use new technologies to take the battle out of your trip across town.

Firstly, trip-planning and ticketing smart-phone apps can make it easier for passengers to use real-time information to plan and pay for their journeys – seamlessly hopping from tube to bus to e-taxi, to car-sharing, cycle-hire or walking. Better information is proving the driving force behind changes in the choices we are making. In Los Angeles for example, the Go-LA app not only offers all the many options for getting from A to B, it lets users compare the time, cost, health benefits (calories burned) and climate emissions involved.

Secondly, fleets of on-demand electric minibuses could replace underused traditional bus routes in less densely populated areas on the edge of cities. Transport authorities are under pressure to meet demand while controlling operating costs. Buses, tubes and trams are often the most efficient and clean mode of urban transport, but only if a lot of the seats are occupied.

Modelling of four Greater London bus routes found that, even with the additional cost of purchasing electric minibuses and routing software, the scheme could make a profit in 4 years and cut climate emissions and nitrogen pollution by up to 99 per cent.

Thirdly, e-hailing can help passengers cover the first and last mile of their trips to and from public transport stations. Evidence from the USA shows use of public transport drops by up to 90 per cent when passengers need to walk more than half a mile to the nearest transport stop. Cities that have subsidised e-hailed shared electric taxis to and from transit hubs have improved residents’ access to public transport, boosted ridership and fare revenues, and reduced the number of lengthy journeys people take using private cars into the centre of cities. Subsidies can be targeted at those most in need.

The research by the Coalition for Urban Transitions argues that better data could enable city governments to use on-demand electric minibuses and e-hailed taxis to fill the gaps in mass transit systems. If managed well, these new technologies can help to channel people towards mass public transport hubs, cycle schemes and walking options. Ultimately, the aim is to move people away from private cars by improving the efficiency and experience of other transport options.

There is one take-home message:  both the public and private sectors need to understand the potential and risks of these rapidly emerging technologies, and plan for them. Banning e-hailing companies or autonomous cars from city streets, as many have done, ultimately won’t fix transport systems. City halls and national governments need to prepare regulation that ensures transport systems, as they evolve, are safe, convenient, fair, affordable and sustainable. And they need to consider whether and how public-private collaborations could deliver better services for urban residents.

If cities can do this, innovations in mobiIty services could help liberate our cities from gridlock and air pollution – rather than compound the problem.