Commentary: The Shipping Industry is Killing Us 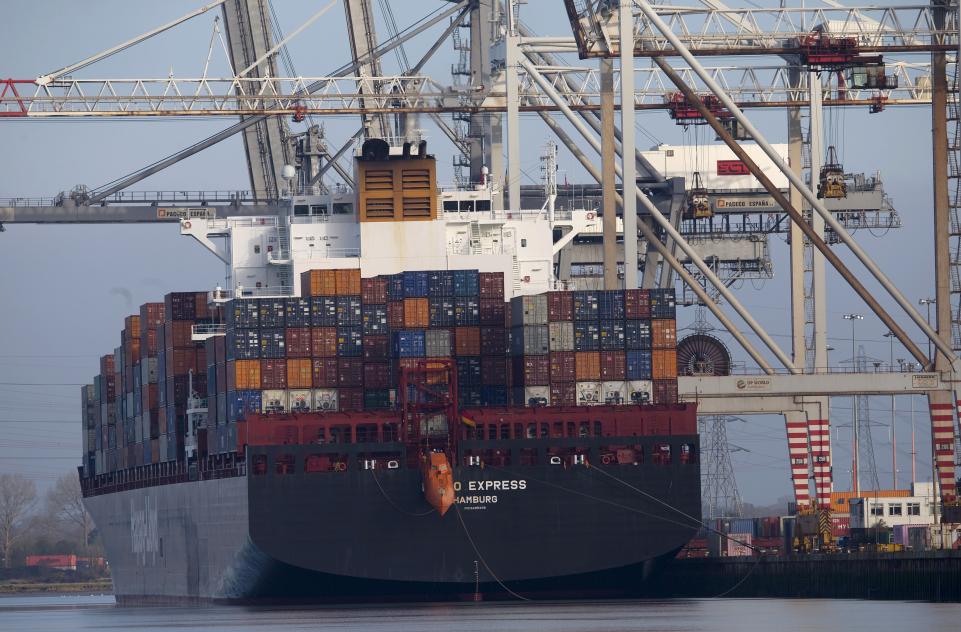 This article was first published in Newsweek.

The Shipping Industry is Killing Us | Opinion

Felipe Calderón is the Former President of Mexico and the Honorary Chair of the Global Commission on the Economy and Climate.

When we talk about shipping, as 173 countries will be doing at the International Maritime Organisation (IMO) meeting in London this week, we have to talk about the health of the oceans. Though issues like overfishing or the Great Garbage Patches may garner the most headlines, emissions from the shipping industry is a massive threat to ocean and coastal ecosystems and the billions of people who depend on them.

In fact, if the shipping industry were a country, it would have the 6th highest greenhouse gas emissions in the world, roughly the same carbon footprint as Germany. Yet maritime emissions remain largely unregulated.

As an inherently global enterprise, shipping emissions don’t fit squarely into the pledges and commitments made by countries under the Paris Agreement. Rather, the Kyoto Protocol in 1997 assigned responsibility for regulating shipping emissions to the International Maritime Organization (IMO). Additionally, there is also a public health dimension to consider. Seafaring vessels run on carbon intensive fuel oil producing emissions that, as on land, are particularly harmful for local air quality for people living near ports or along the coasts. In 2013, it is estimated that ship emissions led to more than 24,000 premature deaths in East Asia, with 18,000 fatalities in mainland China alone.

Currently, the IMO projects that shipping emissions could increase up by a staggering 250% by 2050. Unchecked, this could significantly undermine collective efforts to fight climate change, negatively impact public health and cost us more. A clear change of course, therefore, from this current high-polluting pathway is essential.

The good news is that there is a sizeable economic opportunity for the shipping industry to seize if it acts—and the sooner it does so, the better. Broadly, there are three fronts for action by the shipping industry: improving efficiencies, expanding the role of new technologies and innovations, and clear policy signals to unlock much-needed investments.

On the efficiency front, the IMO’s design standards for new ships built from 2013 onwards, for instance, could save roughly US $200 billion in annual fuel costs by 2030 at marginal cost in the near term, while avoiding harmful emissions. Many of the ships that entered the fleet in 2013 and 2014 actually already exceed the current design efficiency standards, so it is clearly feasible to further strengthen these standards. The IMO’s new mandatory fuel consumption data collection, adopted in 2016, is another positive sign towards improvement—tracking consumption is a key step in ensuring efficiencies in the system.

Efficiency measures present a clear and immediate opportunity. But alone they will not accomplish enough. We therefore need a concerted and coordinated effort to simultaneously develop new solutions and technologies.

What is especially exciting is that we are already seeing what cleaner shipping systems could look like. Take for instance, Norway’s all-electric ferry, operational since 2015, that has cut costs by as much as 80% and emissions by a striking 95% compared to fuel counterparts. Or consider the busy route between the Taiwanese port city of Kaohsiung to the nearby island of Cijian now served by Asia’s first hybrid ferry, shuttling eight million passengers a year and saving a whopping 25,000 litres of fuel annually. Plans are currently afoot to retrofit the rest of the diesel fleet, ensuring significant fuel savings and reduced pollution levels around Taiwan’s largest harbour.

Electric ferries are a great solution for shallower waters and short-haul fleets. For deep sea shipping, where batteries may pose more of a technological challenge, the industry could look to rapidly scale up the use of alternative fuels and zero emission ships.

The IMO should also set a clear trajectory for the emissions reductions needed collectively and push for national strategies through which countries can come up with their own plans to reduce shipping emissions. This clarity will be essential for investors who can then channel financing into cleaner options.

These three elements—efficiency, innovation and the enabling of finance—must be front and centre at the London talks. Parties must agree on an emissions reduction plan that will yield a rapid peak and steady decline in carbon emissions across the entire sector. If we hope—as was agreed in Paris—to limit warming well below 2 degrees Celsius, the shipping industry must play a key role in this effort.

The simple takeaway should be this: we cannot afford to ignore climate action in any sector. As we are cleaning up our energy systems, building more efficient cities, and protecting our forests, so too must we act to ensure the health and prosperity of our oceans. Failure to do so will prove far more expensive: 2017 has already proven to be one of the costliest in terms of climate impacts. And the longer we wait, the costlier it will be—certainly dwarfing short-term investments we can make in reducing emissions in shipping. Moreover, the investments needed now will translate into substantial efficiency savings and reduced fuel bills as well as better health for our oceans and ocean-dependent communities. It is time we clean up this aspect of global trade and avoid paying though our public health, our security, and our economic well-being.