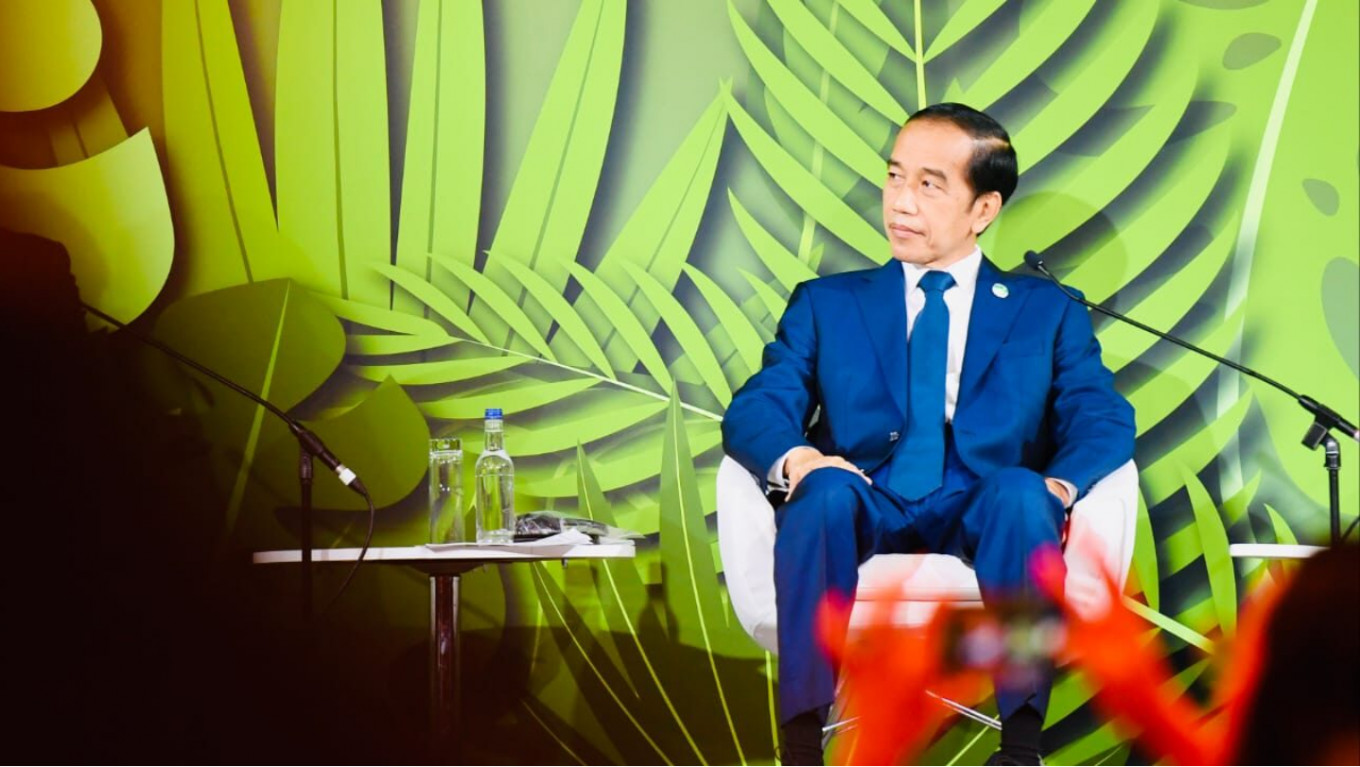 Dyah Roro, or Esti (as she’s popularly known) is a member of Indonesia's House of Representatives’ Commission VII and a Low Carbon Development Initiative (LCDI) Commissioner.

Indonesia, like many other economies across the world, is gradually recovering from multiple waves of COVID19 infection. Meanwhile, we are at a pivotal juncture in dealing with climate change, as the cost of climate impacts begins to mount and our window for action narrows.

Climate change has many dangerous implications for Indonesia. Indonesia's gross domestic product (GDP) could shrink by 16.7 to 30.2 percent because of the impacts of climate change if the world is 2 to 2.6 degrees Celsius warmer by midcentury, according to recent analysis by the insurer Swiss Re. Indonesia also ranks as the most vulnerable to climate change impacts among the 48 coiuitries analyzed.

Yet, climate action is also a huge opportunity. With systemchanging green i lit erve lit ions in key economic systems, Indonesia could reach netzero emissions by as early as 2045, while achieving strong, resilient growth.

Over the summer, the Intergovernmental Panel on Climate Change (IPCQ published a landmark new report showing that this decade is our last chance to take action to limit a global temperature rise to 1.5 degrees and avoid severe climate disruptions that will throw the world's economy and natural systems into chaos. To succeed, we must slash emissions in the 2020s and reach netzero by midcentury.

United Nations Secretary General Antonio Guterres called the report a "code red for humanity", but unfortunately the warning fell on deaf ears as evident in the absence of a unified commitment among nations during the UN Climate Change Conference (C0P26), which ended last Friday.

In fact, we are seeing the impacts of climate change already. Jakarta, the world's fast estsi nki ng city, con s iste lit ly ran ks a mong the world's worst cities for air pollution. In April, tropical cyclone Seroja, one of the most powerful ever to hit Indonesia, killed 181 people. It is clear that business as usual is not an option.

Global leaders, brought together under the Paris Agreement, have responded. At the 76th session of the UN General Assembly in September, President Xi Jinping stated that China would no longer build coalfired power projects abroad. This followed similar announcements from Japan, South Korea and the rest of the Group of Seven, representing a historic turning point away from coal. Investors and markets are also shifting away from risky highcarbon infrastructure.

Climate change is a top priority for Indonesia. In his speech at CGP26, President Joko "Jokowi" Widodo highlighted Indonesia's efforts to use its abundant natural resources as part if its key strategies to lower its carbon emissions, including generating a low carbon economy, targeting the forestry sector to be a netcarbon sink by the end of this decade and developing and supporting green economy infrastructure such as electric vehicles and the construction of the largest solar power plant in Southeast Asia.

This movement is great and needs to be scaled up further. Indonesia cannot afford to be a laggard on climate action. We must move faster.

Using cutting-edge economic modeling that reflects the effects of the COVID19 pandemic and the costs of in action, the research shows that more ambition leads to more benefits, including greater GDP growth and higher GDP per capita. For example, reaching netzero by 2045 increases average per capita income by US$3,785 compared to business as usual, which is more than the boost of only $2,790 under lietzeroby 2060.

For example, LCDI scenarios call for scaling up mangrove restoration to 125,000 hectares per year between 2021 and 2024, scaling up peatland restoration to 90,000 ha per year between 2021 and 2030 and implementing policies to completely end deforestation by 2025. These actions could create new jobs in forest, peatland and mangrove restoration activities, improve air quality, lower heat stress, help stem land subsidence, reduce flood risks, protect coastal areas and more.

In addition, LCDI's netzero scenario in the energy sector has a set target to increase the share of renewable energy in the primary energy mix to 65 percent while scaling up the renewables to reach 60 percent of total power generation capacity by 2030. These sectors combined could result in 1.8 to 2.2 million additional gree li j obs by 2030.

Reaching netzero will require significant investments. The costs of the LCDI pathways would start at around $20 billion per year in 2021 to 2022 and average $150 billion to $200 billion per year in 2021 to 203Cl Luckily, Indonesia is blessed with abundant natural capital that will help it attract li ecessa ry fin an ciiig. Add iti ona lly, phasing in a carbon price starting at around $2.1 per ton equivalent CO2 in 2022 and removing fossil fuel subsidies could together generate substantial revenue.

The benefits are clear: The faster Indonesia reaches netzero, the greater the benefits. There is no time to go backward. Indonesia's bus in esses must adjust to the new reality and be prepared to pivot quickly. Hi is is our moment to b e confid en t a nd work t o creat e the change we need to create a future where businesses and people can survive and thrive.