Commentary: Indonesia is showing the way on sustainable growth 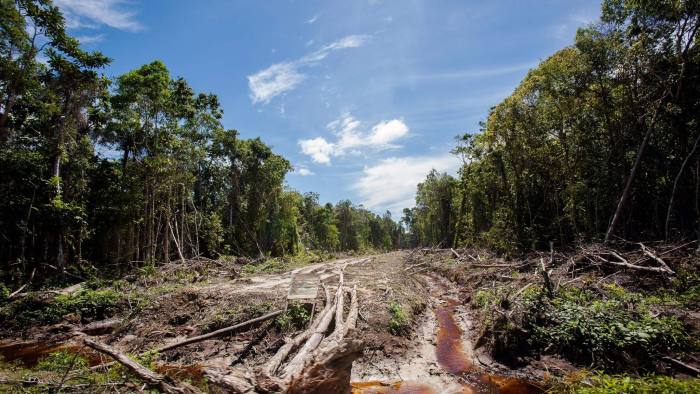 Indonesia is showing the way on sustainable growth

This week, world leaders, finance ministers and private sector executives have gathered at the annual meetings of the IMF and World Bank in Bali, Indonesia. This has been an important opportunity for participants to focus on the leadership and aspirations of emerging economies that are working to build on hard-fought development gains.

Many emerging economy leaders already recognise the transition to a low-carbon economy must sit at the heart of their development agenda. Indonesia is no exception. As one of the highest-emitting countries in the world, its shift to a new climate economy will not only make a significant contribution to limiting a global temperature rise to well below 2C, but also improve the lives and livelihoods of millions of its people.

The transition to a low-carbon economy is not just good for the climate: it is also good for the economy. Recent research by the Global Commission on the Economy and Climate shows that bold action to combat climate change could deliver a new era of strong, sustainable and inclusive economic growth: at least $26tn between now and 2030 compared to business as usual. Ambitious climate action could also generate more than 65m low-carbon jobs and avoid more than 700,000 premature deaths from air pollution compared to business as usual.

The government of Indonesia is already taking steps to generate these benefits. In October 2017, the ministry of national development planning launched the Low-Carbon Development Initiative, or LCDI, to ensure the country's next five-year plan will be its first environmentally sound programme. The initiative will explicitly incorporate carbon emissions reduction targets into development policy planning. It focuses particularly on the energy and land use sectors, which together contribute 80 per cent of Indonesia's greenhouse gas emissions. The low-carbon economy is part of a strategy for sustainable growth and development making the most of, and investing in, Indonesia's natural, human, social, and physical capital.

Indonesia has already achieved a remarkable level of energy access, having attained 84 per cent electrification in 2014. However, fossil fuels still accounted for two-thirds of the country's energy use. The Indonesian government has pledged to add a further 35,000MW of power by 2019, and the choice of energy sources for this new power will have a big impact on both local health and greenhouse gas emissions.

But cost-effective clean energy options are becoming more available. The rapidly-falling costs of renewables and emerging technologies such as save energy offer promising alternatives to fossil fuels. These are, increasingly, cheaper than coal and other fossil fuels in many regions of the world, and once health costs of air pollution are taken into account, this is likely to be true almost everywhere.

In land use, Indonesia has made progress in establishing a temporary moratorium on new palm oil plantations, but there is still much work to be done. The LCDI envisages a development path for Indonesia in which agricultural productivity is increased  on existing farm land, while vital forests and peatlands remain protected. It is also important to invest in restoring some of the natural capital that has been depleted. In Indonesia's peatland areas, restoration projects have shown the potential to deliver globally significant climate benefits, as well as lasting economic benefits to peatland owners, farmers and communities.

As is the case for many countries, to deliver the promise of this sustainable and low-carbon agenda, more and better finance will need to be mobilised and aligned with sustainability across all sectors of the economy. Planning ministers play an important role in laying out sustainable development programmes. On this foundation, finance ministers can collaborate across government departments to build approaches to growth that can deliver on development and climate objectives.

The decisions made a key moments, such as this week's meetings in Bali, are crucial because of the closing window the world faces to chart a more sustainable and inclusive course. There is a great opportunity available to Indonesia, and to us all, but we must act now, and act boldly. Indonesia is showing the way, and it is time the rest of the world stepped up to support the country on this journey.