Commentary: Meeting the Challenge of Climate Change Offers the Urban Development Opportunity of Our Lifetimes 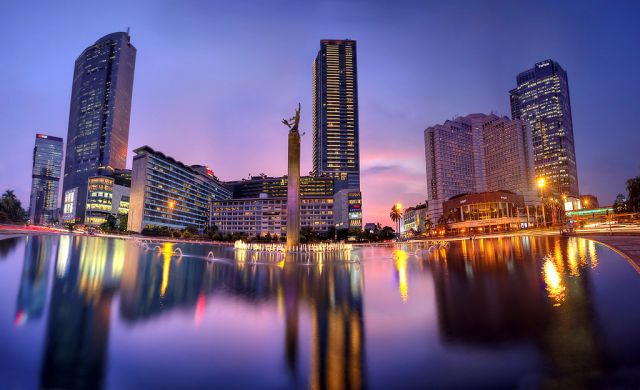 This article was originally published in Newsweek.

Nicholas Stern is co-chair of the Global Commission on the Economy and Climate and IG Patel Professor of Economics and Government at the London School of Economics.

The world is at a critical moment. Careful research and analysis has shown us that the kind of world we leave the future generations will depend on our decisions, investments and actions in the next two decades. Increasingly, the people, especially young people, are demanding that world leaders -many of whom are gathering at the UN Secretary General's Climate Action Summit – act urgently to put the world on a safer, more sustainable, more prosperous pathway. The pressure to act, and act quickly, should be compelling.

World leaders have every incentive to act on climate. It is increasingly clear that the opportunities and benefits of accelerating the transition to a zero-carbon economy are greater than ever before, and so is our understanding of the risks of inaction. Crucially, stepping up action on climate is not just good for the environment: zero-carbon growth means greater innovation, higher productivity, more resilient economies, and greater social inclusion. The latest evidence shows there is a powerful opportunity for national governments to drive economic development whilst cutting emissions: invest in compact, connected, and clean cities.

A new report from the Coalition for Urban Transitions estimates that zero-carbon measures in cities could be worth at least US$23.9 trillion by 2050 and support 87 million jobs by 2030 in sectors such as clean energy and public transport. Moreover, cities have the potential to deliver over half the emission reductions needed to keep global temperature rise well below 2 Celsius degrees, the goal of the Paris Agreement. And it is not just in big cities. Half of the possible urban emissions reduction is in cities with fewer than 750,000 people.

Disincentivizing the use of fossil fuel-powered vehicles and changing regulations to provide for higher – but livable – density levels are examples of the sorts of actions that will improve social, economic and health outcomes for large shares of the population. In turn, these benefits will help attract global talent and assets, creating a virtuous cycle that supports citizens with jobs, wealth, and resources.

Who holds the keys to this 21st century urban opportunity? It is true that many mayors and city leaders are already taking action, with targets to reach zero carbon, as well as boosting investments in resilience. But mayors cannot succeed alone. New analysis also reveals that national and state governments have primary authority over one-third of the policy levers that can reduce urban emissions. As such, national governments have a vital role to play in fostering urban climate action.

A considered transition away from the status quo will hinge on six bold priorities for action: 1. Develop an overarching zero-carbon strategy, with cities at its heart; 2. Align national policies behind compact, connected, clean cities; 3. Fund and finance sustainable urban infrastructure; 4. Coordinate and support local climate action in cities; 5. Build a multilateral system that fosters inclusive, zero-carbon cities; and 6. Proactively plan for a just urban transition.

Some cities around the world are already working in partnership with national governments to achieve their climate targets. Germany's Energiewende policy - a plan to decarbonize the national energy system - prioritizes and empowers municipalities. Cities have established local energy utilities that commit to ambitious renewable energy goals and citizens actively participate in the initiative through local cooperatives that invest in clean energy. Partly due to the Energiewende's success and its adoption in cities, Germany was able to cut its greenhouse gas emissions by more than 30 percent since 1990. All the more reason Germany is well positioned now to lead efforts to increase the ambition of the EU's climate targets.

In China, the national government's focus on electric vehicle deployment – including partnering with 10 pioneering city governments to increase demand – has made them a global leader in the space. As of 2017, China was home to 40 percent of the world's electric passenger cars, 99 percent of the 370,000 electric buses, and 250 million electric two-wheelers worldwide. Incentivizing electric vehicle deployment, improving infrastructure and public transport, prioritizing good housing policies, and decarbonizing energy systems are just a few ways national and city governments can build zero-carbon cities together.

We are no doubt living in challenging times, with cities so often the focal point of social tensions that are felt well beyond their limits. But cities also offer us so many solutions. For the good of their entire countries today and tomorrow, we need national leaders to seize the new urban opportunity.