Commentary: It’s time to be smart about financing clean development 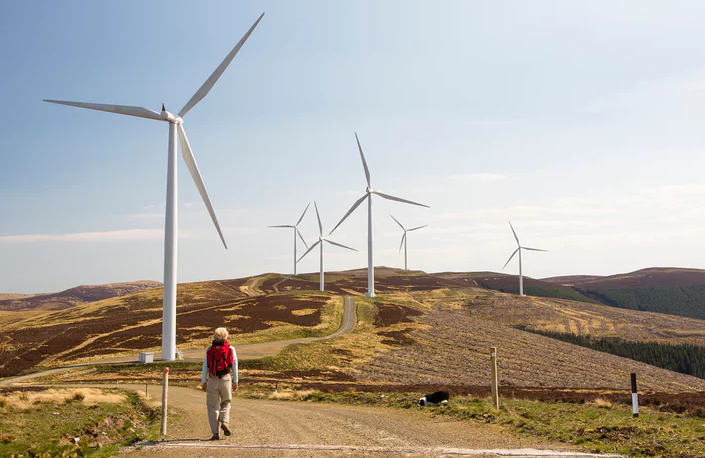 This article was first published in The Guardian.

Ngozi Okonjo-Iweala is co-chair of the Global Commission on the Economy and Climate and chair of the Global Alliance for Vaccines and Immunization.She was previously finance minister of Nigeria and managing director of the World Bank.

Future-smart investments are those that are sustainable

It has been two years since the historic Paris agreement to limit global temperature rise was struck. Now, on its second anniversary, the One Planet Summit hosted by French president Emmanuel Macron, is rightly putting finance at the centre of its agenda. Financing the transition to a low-carbon economy is fundamental to securing a more sustainable, secure and prosperous future.

We know that the low-carbon transition does not need to cost more than our current, high-polluting pathway, and will avoid the potentially enormous human and economic costs of congested cities, degraded agricultural and forest lands, and a changing climate. Research has shown that either path – the business-as-usual or the low-carbon, sustainable one – would require investing approximately $90tn (£67.5tn) over the next 15 years (pdf) to meet global infrastructure needs, and that this capital already exists. The problem is that we are still making the wrong investment choices in too many places and across too many sectors. These are only going to yield bigger and costlier stranded assets. It is time to be smart about finance.

The good news is that the wind – quite literally – is at our backs. Public and private investment in clean energy is scaling up. Global investment in renewable energy capacity has exceeded that in fossil fuel generation for the fifth year in a row (pdf). And South Australia, courtesy of Tesla, has just switched on the world’s biggest lithium ion battery – capable of storing enough energy to power 30,000 homes for an hour – a major game-changer in improving the reliability of sustainable energy.

The question is therefore not whether the transformation to a low-carbon future will happen, but how quickly it will take place. And what can financial decision-makers – finance ministers, institutional investors, and heads of private or multilateral development banks – do to help speed this process? There are exciting signs of momentum in each group: more must now seize the opportunity.

Countries must develop economy-wide development strategies to guide long-term investment that is consistent with their climate commitments. As a former finance minister myself, I know how intensive a process this will be. Every country – whether a mature or emerging economy – will need to undertake it. There are clear rewards for doing so.

Consider Uganda, for instance. Its finance ministry has adopted a holistic approach, identifying 23 specific investment opportunities (pdf) in the country that will increase growth – providing as much as 10% higher GDP than business-as-usual in 2020 – while helping the country meet or exceed its climate targets. These opportunities have been reflected in the Uganda Green Growth Development Strategy, released earlier this year, and the ministry is now integrating them into budget planning.

Meanwhile, Indonesia’s planning minister announced in November 2017 that his country’s next five-year development plan would also be its first low-carbon development one. More countries should adopt this strong approach to policy alignment: it offers a clear win both for immediate investment and for future growth.

Then, take the work of the Task Force on Climate-related Financial Risk Disclosure, with its potentially global impact on the finance industry. Commissioned in 2016 by G20 finance ministers, the Task Force’s recommendations effectively establish a way of identifying and reporting what makes a good investment in the face of climate risk. Already more than 100 businesses, investors, and banks – including Unilever, Barclays and HSBC – are working to implement them. Another recommendation – voluntary climate-related disclosures – should be part of mainstream financial filings. Indeed we should look to make these mandatory as soon as possible, as in France.

Next, there are important signals from investors. Over 400 of them, with $25tn in assets, have joined the Investor Platform for Climate Actions. Around 520 institutions with $3.4tn in assets, have committed to divest from fossil fuels. Norway’s Sovereign Wealth Fund, the world’s largest with assets of $1tn, took steps to divest from coal in 2016 and in November proposed the selling off of $35bn in oil and natural gas. It would be among the largest investors to undertake such a shift – and European oil stocks promptly plummeted. The signal should be clear to investors and shareholders everywhere: future-smart investments are those that are sustainable.

Multilateral development banks and other development finance institutions hold a final and critical part of the puzzle. They must work harder to catalyse a virtuous circle of sustainable investment, especially in some of the world’s poorest countries, which both have the greatest investment needs and are facing the most significant impacts of a changing climate. Some have already committed to increasing climate-smart financing over the next five years. That is a welcome step, but it must quickly be bolstered by efforts comprehensively to assess the rest of their portfolios to ensure that other investments are not hindering sustainable development or efforts to protect the global commons.

There’s no shortcut or special secret to achieving a low-carbon economy. It will require concerted, consistent and coordinated effort from the public and private sectors, and from governments at all levels. Developed countries and large emerging markets should particularly step up to be good examples, taking the lead in aligning their growth and climate strategies and meeting their financial pledges to support poor countries.

The world displayed all these qualities in Paris two years ago. Now we need to keep that spirit alive as we work to make its goals a reality.