Commentary: Development finance institutions are catalysts for a better world 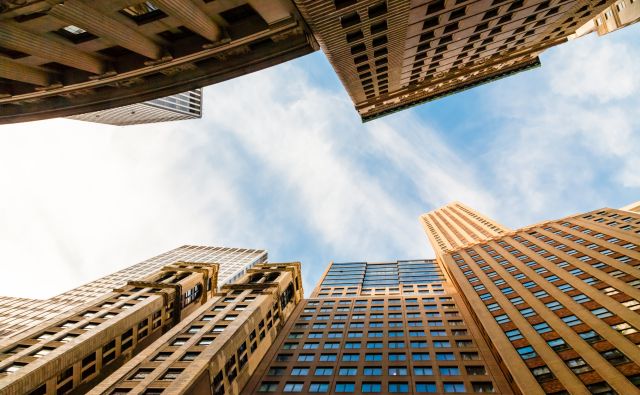 Development finance institutions are catalysts for a better world

This article was originally published in Global Markets.

Ngozi Okonjo-Iweala is a Co-Chair of the Global Commission on the Economy and Climate and former Finance Minister of Nigeria.

There is not a government, business, institution or individual in this world that does not have a stake in, or a role to play, in creating a more sustainable, equitable future for all. At the Global Climate Action Summit last month, we saw an impressive array of businesses, cities, states, and others doubling down on climate action.

At COP24 in December, I hope to see national governments stepping up on national climate action. And at the 2018 annual meetings of the International Monetary Fund and the World Bank Group, I hope to see development finance institutions (DFIs) getting into the nitty gritty of how they can shift and scale their capital away from brown and towards green, or sustainable, investments.

The incentive to act on climate has never been clearer. New research by the Global Commission on the Economy and Climate finds that the right kind of bold climate action across sectors could deliver at least $26tr in economic benefits through to 2030, compared with business-as-usual. And this is a conservative estimate. Climate action could also generate over 65 million new low-carbon jobs (equivalent to the workforces of the UK and Egypt today combined) and avoid over 700,000 premature deaths from air pollution in 2030, compared with business-as-usual development pathways.

The only way to unlock these benefits is to ensure that finance is mobilised at scale and aligned with sustainability across all sectors of the economy. Multilateral development banks (MDBs), and other DFIs can provide the spark to ignite the new growth agenda. We know this because of the powerful examples of change already happening around the world.

Moving in the Right Direction

MDBs have started to move in the right direction. In 2017, MDBs committed to align their full portfolios with the Paris Agreement by mainstreaming climate change throughout. But more action is needed to change the way the MDBs work. Specifically, they must strengthen their mandates and governance approaches to fully integrate climate change risk assessment into project and portfolio design and target sustainability outcomes.

As a member of the Eminent Persons Group established by G20 Finance Ministers, I hope our new report will help MDBs shape how they act as well as how and where they can expand collaboration. On the 'where' -- MDBs must expand efforts in all beneficiary groups, but especially fragile states and highly-indebted countries.

On the 'how', MDBs and other DFIs have the potential to collaborate in new ways with new partners such as national development banks (NDBs), other local financial institutions and the private sector. Working in partnerships, MDBs can support priority reforms in partner countries to build capacity on the ground and to enhance the quality and quantity of 'investible' projects and programmes. NDBs and MDBs can mutually benefit from collaboration with each other, and their partnership can help deliver infrastructure investment at scale to advance sustainability and new growth -- a critical step towards securing future growth and prosperity.

MDBs are also capable of establishing approaches that can be replicated and leveraged to secure contributions from other governments and crowd in financing from the private sector. For example, in 2017, the MDBs committed US$35bn in climate finance in developing and emerging economies, which then leveraged an additional US$50bn in climate-co-financing in that year. For our DFIs to become more effective catalysts of change, the MDB system requires greater coherence and political commitment across shareholders.

The renewed commitment of MDB shareholders need not be an act of faith, but one based on clear mandates, evidence of what we know works, and where science tells us we need to go. The same goes for all of us. The world has a plan to deliver a safe, sustainable and prosperous future for all. Now we need to act.