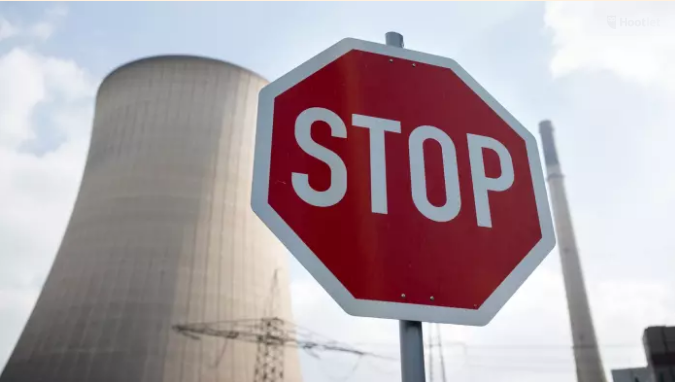 This article was first published in The Financial Times.

Felipe Calderón is former President of Mexico and Honorary Chair of the Global Commission on the Economy and Climate.

For more than 100 years, coal has driven economic growth, powering the Industrial Revolution and helping much of the world develop. But its best days have passed. Pretty much anywhere you look in the world, coal is no longer the best option for energy or for jobs. In fact, it’s become a risky bet.

The US and Europe have been shutting old coal plants left and right. In just the past two years, developing countries have retired the equivalent of 128 coal-fired generators. US coal production is at its lowest level since 1978. London was once coated in soot, its famous ‘pea soupers’ thought of as natural occurrences; but just last month, Britain had its first day of completely coal-free power since the industrial revolution and expects to fully phase out coal power by 2025.

And demand for coal has not merely shifted from west to east, as many predicted it would. While big emerging economies like China and India do rely on coal, they have started to get the message. Last year, the amount of new coal plants in planning dropped dramatically, mainly because of these two countries, where construction at over 100 project sites has been frozen.

China’s coal consumption likely peaked in 2014. India recently doubled its tax on coal, and has announced it won’t build new capacity beyond what’s currently under construction until at least 2027. By that time, new power generation capacity could be met entirely with renewables, which is likely to be more cost-competitive.

That is precisely why coal no longer works: it is simply not competitive any more. Solar and wind energy are already the same price or cheaper than new fossil fuel capacity in more than 30 countries, even without subsidies. Every few months a new auction sets the record for the cheapest solar plant ever.

New energy storage technologies are being developed to make distributed renewables more attractive, and progress is being made on their integration into the grid. Meanwhile, natural gas has already been squeezing out coal in a number of countries, in the US especially but also elsewhere.

Pollution is another reason to phase out coal, as it is one of the world’s dirtiest energy sources. Poor air quality, much of which is associated with burning fossil fuels, is linked to about 3m premature deaths per year. As the global middle class grows, so too do the cries for governments to crack down on smog.

If coal is the past, renewables are the future. Worldwide, investment in renewable power capacity has fast overtaken investments in fossil fuel power capacity: in 2016 alone, the world invested $227bn in clean energy, compared to $114bn for fossil fuels.

As investment moves from coal to renewables, the jobs follow. Just look at the US. The US solar industry currently employs twice as many people as its coal industry, according to the latest government figures. One in every 50 new jobs last year was in solar. Looking forward, wind turbine technicians are expected to be the fastest growing occupation in the US over the next ten years.

Think about the quality of these jobs too. In a coal mine, sudden cave ins and black lung disease are real threats. Working in solar, there are simply no major health risks for workers.

While the transition to a low-carbon economy is now inevitable, there are decisions to be taken on how to manage it. It is important to recognise that during the transition there will be sectors with new growth and employment opportunities, but that some workers will instead lose their jobs, and the jobs that replace them may be in different communities. As economic activity shifts, the government needs to carefully manage a just transition and support displaced workers and affected communities through retraining programs and economic diversification.

There are already some good examples of countries that have done so. Germany, in phasing out coal subsidies, provided support for early retirement for workers and shared the costs of reform with the industry. China has set up a $15bn fund for retraining, reallocating, and early retirement of former coal workers, along with others from sectors classified as over-capacity. A just transition is possible, as long as decision makers take the problem seriously and plan ahead.

We cannot simply bring back coal jobs. The economic forces are too strong. Instead, we should incentivise renewable energy research, development and deployment while providing the resources and support for former coal communities that need to get back on their feet.

Let’s think for a second about how coal is made. It starts with the sun, which reaches plants and allows them to photosynthesise and grow. When the plants die, then pile up in layers, and are eventually covered in water and dirt. Over geological ages, pressure and heat compress the plants into peat, and then coal of varying densities. Years later, we dig deep into the earth to pull out the coal and burn it. Instead, why not get rid of the middlemen and get our energy straight from the sun?