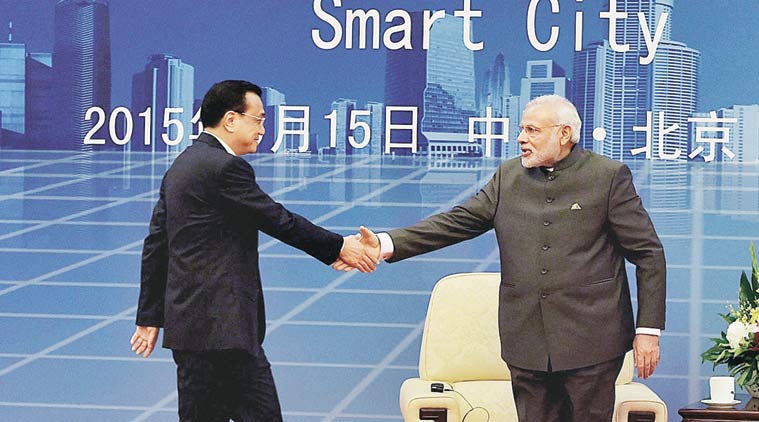 This article was published in The Indian Express, Devex, and China Dialogue.

Naina Lal Kidwai is a member of the Global Commission on the Economy and Climate, Chairman of Max Financial Services, and Chairman of FICCI Water Mission.

When Indian Prime Minister Narendra Modi visited Beijing in 2015, he observed that China has a strong tradition of learning, citing an old saying: “If you think in terms of a year, plant a seed; if in terms of 10 years, plant trees; if in terms of 100 years, teach the people.” India too, he pointed out, shares this core belief that knowledge and learning are supreme.

As the China Development Forum kicks off in Beijing this week, leaders from both countries should look to each other as partners in collaboration and knowledge-sharing to tackle some of the most urgent challenges of our time.

While China and India may have many substantial differences, they also have much in common. They are the two most populous nations, as well as two of the world’s largest economies. Both countries have made extraordinary strides in growth and poverty reduction.

China has harnessed three decades of rapid development to lift more than 700 million citizens out of poverty. India’s GDP rose by almost 9 percent each year for nearly a decade beginning in 2003, and it has surpassed China as the world’s fastest growing major economy.

These gains, however, have been slowed by high environmental and social costs. Income inequality, for instance, poses a particular challenge: the richest 1 percent of households in China own one-third of the country’s wealth, while in India they own about 58 percent. Spreading the benefits of growth to a wider portion of their populations will be key — which, in turn, suggests that the quality of growth for both nations will matter more than solely the quantity in future.

In each country, air pollution from vehicles, power plants and industry leads to more than 1 million premature deaths per year. Energy-intensive manufacturing, rapid urbanization, and high energy and consumption demands have made China and India the first and third highest emitters of greenhouse gases, respectively. Recently, both have acknowledged that fossil fuels won’t be able to sustain the development they need, signaling important shifts.

In China’s case, its five-year plan for 2016-2020 indicates its intention to become an “ecological civilization,” moving away from polluting industries and toward consumption patterns that are less resource-intensive. This year, it will be home to the world’s largest emissions trading scheme as it expands seven regional pilot trading systems to the national level.

India drew on the legacy of Mahatma Gandhi to frame its climate pledge for the landmark Paris climate agreement. Its ambitious goal of achieving 175 GW of total capacity by 2022, and the recent auction of solar power below 3 rupee (4 cents) per kilowatt hour, are extremely promising signs of the direction of travel. India is not only on track to achieve its renewable energy target set for Paris, it will likely do so three years ahead of schedule.

While they may be at different stages in development, both countries are poised to transform their economies to deliver high-quality, resilient and inclusive economic growth. Their success will hinge on two key areas: urbanization and energy.

Urbanization drives the economy in both countries, but Chinese and Indian cities are experiencing significant growing pains. Dangerous levels of air pollution impose a significant burden on health and GDP and has led to higher citizen awareness and action. Traffic congestion has also become a large-scale challenge; it costs Bangalore an estimated 5 percent of its economic output and Beijing around 10 percent. Both countries have introduced initiatives for better urban development. In China, 36 low-carbon pilot cities have set ambitious targets for carbon intensity reductions. In India, a major push on delivering better urbanization is underway through the government’s “Smart Cities” program. Much could be learned by comparing approaches and impacts.

Recent analysis of India’s urbanization used satellite data of nighttime lights to compare cities’ urban form with their economic growth. It found that Indian cities that were more compact in 2002 experienced faster economic growth from 2002 to 2012. Perhaps a similar analysis could be done in China. At the very least, the lesson can be shared: better, more sustainable cities present a clear and present economic opportunity.

On energy, both China and India have made great strides in advancing renewable energy and energy efficiency, but they are still largely dependent on fossil fuels. Plenty of opportunities exist for collaboration on technology development and deployment. China, for example, has some of the world’s largest manufacturing plants for solar and wind energy and is the leading investor in clean energy. India’s renewable energy target, if met, will be almost the same amount as the world’s entire installed solar power in 2014.

Both countries are in the process of reducing fossil fuel subsidies as well. China has begun an internal review and identified nine subsidies to reform. Going forward, it can learn from India’s experiences of deregulating diesel and kerosene prices and operationalizing a coal cess, with some of the revenue raised going toward a clean energy fund.

The decisions these two countries make in the next few years will be enormously consequential for the planet and for global prosperity. Just imagine what they could achieve by working together.