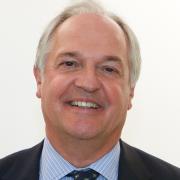 Paul actively seeks cooperation with other companies to implement sustainable business strategies and drive systemic change. He is Vice-Chairman of the International Chamber of Commerce, a member of the International Business Council of the World Economic Forum, a founding member of the B Team and sits on the Board of the UN Global Compact. Paul also used to chair the World Business Council for Sustainable Development.

Paul has been closely involved in global discussions on the Sustainable Development Goals (SDGs) and action to tackle climate change. In 2016, Paul was asked by the UN Secretary-General to be a member of the SDG Advocacy Group, tasked with promoting action on the 2030 Agenda. Prior to this, Paul served on the High Level Panel on the Post-2015 Development Agenda, presenting recommendations on behalf of the private sector. Paul is a member of the Business and Sustainable Development Commission. He also served on the International Council of the Global Commission on the Economy and Climate, under former Mexican President, Felipe Calderon.

In recognition of his contribution to responsible business, Paul has received numerous awards and accolades including the Rainforest Alliance Lifetime Achievement Award (2014), the Oslo Business for Peace Award (2015), the UN Environment Programme’s Champion of the Earth Award (2015) and the Singapore Government Public Service Star (2016). In 2016, he received France’s Chevalier de la Légion d’Honneur, in recognition of his efforts in galvanising business action on sustainability and for his involvement during the historic 2015 UN Climate Change Conference (COP21) in Paris. In 2018, Paul was named an Honorary Knight Commander of the Order of the British Empire (KBE) for services to business.