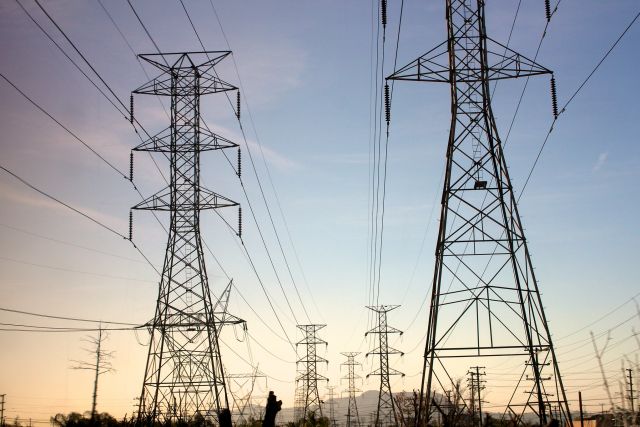 This article was originally published by Friends of Europe.

With each passing year, the risks of unabated climate change mount. The last 19 years included 18 of the warmest years on record, worsening food and water security risks and increasing frequency and severity of hazards such as wildfires. Last year, fires even hit regions that are typically wetter and cooler, such as England’s peatland moors and Ireland. Worldwide, disasters triggered by weatherand climate-related hazards were responsible for thousands of deaths and US$330bn in economic damage in 2017.

Despite mounting awareness of the climate crisis, fossil fuels still account for 80% of global energy consumption and 75% of greenhouse gas emissions. Beyond the environmental cost, this carries massive economic and health costs. Relying on imported fossil fuels can drive economic vulnerability, as countries and businesses are subject to volatile fuel prices. And dangerous outdoor air pollution due to fossil fuel burning kills an estimated 4.2mn people a year globally.

Unless we make a quick and decisive shift to a low-carbon energy system and economy, by 2030 we will pass the point by which we can keep global average temperature rise to well below 2°C, unleashing the potential for runaway climate change with enormous risks to life as we know it.

The good news is, the benefits of bold climate action far outweigh the costs. The New Climate Economy’s 2018 Report finds that ambitious climate action could bring a US$26tn boost to the global economy between now and 2030. It can also deliver more than 65mn new lowcarbon jobs globally (equivalent to the combined workforce of Egypt and the UK today) and avoid over 700,000 premature deaths in 2030.

The clean energy transition is well underway, driven by market forces and plummeting costs of renewable and storage technologies, with the cost of solar and wind down by 86% and 67% between 2009 and 2017, respectively. This shift not only has the potential to limit the impacts of climate change, it can also provide a range of economic opportunities. Fossil fuel subsidy reform, combined with carbon pricing, for example, could generate an estimated US$2.8tn in annual government revenues or savings by 2030. These are revenues that governments can use to address urgent public priorities, such as poverty reduction, public health, public transport, and a well-managed and just transition.

We’re already seeing a strong shift to renewable energy sources in some of the world’s largest economies. China invests more in renewable energy than any other country in the world (45% of the world’s total), and plans to put US$360bn into the sector by 2020, creating 13mn jobs. The government is also gradually introducing a nationwide carbon emissions trading scheme. In India, the government has set out plans to generate 175 gigawatts (GW) of renewable electricity by 2022, and the country is well on its way to achieving this goal. Over the past four years, India’s solar energy capacity has increased eightfold.

Countries are even prioritising low-carbon approaches in their development planning. In Indonesia, the government has set out to transform the country’s economy into one where progress is measured not only by GDP growth, but also environmental sustainability, resource efficiency, and social equity. A recent report from Indonesia’s Low Carbon Development Initiative finds that once local air pollution costs are considered, the cost of new coal projects is now higher than renewable energy generated from wind, solar, geothermal, and hydropower.

As emerging economies start to set the bar even higher, the European Union should strive to continue to be ahead of the curve, as its ideally positioned with well-developed markets and as an early leader on carbon pricing and renewable energy policies. This is clear, for example through leading approaches like the ‘Energiewende’ in Germany, the UK’s longterm Climate Change Act and the policies that support it, and Sweden’s commitment to netzero emissions by 2045.

While carbon pricing has been in place across the region for a long time, helping to spur renewables and clean technologies, other countries are rapidly catching up: as of today, 74 countries or regions around the world now have some form of carbon pricing in place or about to start. A next step for the EU will be to raise the region’s Emissions Trading System (ETS) price, which is still too low, for example through a floor price as some countries have already successfully put in place.

As a frontrunner region, the EU can take advantage of exciting emerging trends, such as the rapidly building new trend in the finance sector to shift away from fossil fuels and toward clean technologies. The growing demands to transparently disclose climate-related financial risks, for example, can play an important role in helping shift private investment. 785 companies and organisations with a combined market capitalisation of over US$9.2tn have publicly committed to support the recommendations of the Taskforce for Climate-related Financial Disclosures. This includes over 374 financial firms responsible for US$118tn in assets – more than the annual GDP for the world today. A number of these companies are now starting to apply the TCFD’s recommendations. Disclosure of climate-related risks and opportunities can provide investors and companies with the information needed to invest better, and to develop transition plans and strategies to manage existing risks, such as around potential stranded assets in the power sector due to a shift away from investment in coal.

Diversifying economies, particularly those that are fossil fuel-rich, is not easy. Although renewable energy companies employed 10.3mn people worldwide in 2017 and are the fastest-growing source of jobs in several countries today, the transition for regions and communities dependent on fossil fuels today will need to be very thoughtfully managed to ensure a just transition. The importance of properly addressing inequalities in the transition has been brought home starkly by the Yellow Vest protesters in France and elsewhere.

The good news is that there are a growing number of social dialogues and processes set up to manage the shift, including in Norway, Scotland, Spain and others. Recently, Germany launched the results of its “Commission on Growth, Structural Change and Employment” to manage the transformation of the power sector, including for workers and regions that depend on coal fired power and coal mining.

Businesses can also play a proactive role in managing this transition. Italy’s ENEL utility, for example, is transitioning out of coal, but is doing so while helping to spur employment in affected communities. ENEL’s plans for closure of 23 coal-fired power plants have been developed in collaboration with the sector unions. Through this, ENEL guaranteed that there would be no involuntary redundancies, and that the workforce would be redeployed within the company where possible. ENEL also sought out employment-generating solutions in communities previously based on coal, such as building renewable power capacity or new technology hubs.

The world is changing. Moving from brown to green energy is a key element of the direction of the future, and one that is ripe with business opportunities and near-term benefits including cleaner air and new jobs. This is not only an economic opportunity for Europe, but also a moral imperative to “ensure access to affordable, reliable, sustainable and modern energy for all” (SDG 7). Transitioning to a lowcarbon energy system is not an option – it’s critical to achieve a better economy and better lives for us all.