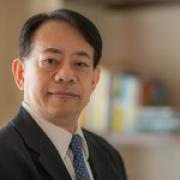 Prior to joining ADB, he served as Special Advisor to Japan’s Prime Minister and Minister of Finance, and has a close-to-four decades’ career at the Ministry of Finance with diverse professional experience that cuts across both domestic and international fronts.

In the immediate aftermath of the Global Financial Crisis, Mr. Asakawa, in his capacity as Executive Assistant to Prime Minister Taro Aso, took part in the first G20 Leaders’ Summit Meeting in November 2008. He was instrumental in orchestrating a globally coordinated financial package to abate the financial crisis, including a $100 billion loan from Japan to the International Monetary Fund (IMF). Then in 2016, in his capacity as Vice Minister of Finance for International Affairs, he took on a leading role for the G7 Finance Ministers and Central Bank Governors’ meeting in Sendai under the Japanese presidency, where a sustainable and inclusive development agenda was extensively discussed.

Most recently, he served as Finance Deputy for the G20 meetings under the Japanese presidency, playing a pivotal role for the success of the G20 Osaka Summit as well as the G20 Finance Ministers and Central Bank Governors’ meeting in Fukuoka. Some of his outstanding achievements in Osaka include the endorsement by the G20 Leaders of the “G20 Principles for Quality Infrastructure Investment” and the “G20 Shared Understanding on the Importance of UHC Financing in Developing Countries”. Before these, he had occupied various prominent positions within the Finance Ministry, including director positions in charge of development policy issues, foreign exchange markets, and international tax policy.

Mr. Asakawa’s professional experience extends beyond the realms of the Japanese government. Most notably, he served as Chief Advisor to ADB President Kimimasa Tarumizu between 1989 and 1992, during which time he spearheaded the creation of a new office focused on strategic planning. Also, he had frequent engagement with the Organisation for Economic Co-operation and Development in such positions as Chair for Committee on Fiscal Affairs (2011–2016). Furthermore, he was a senior staff at the Fiscal Affairs Department of the IMF (1996–2000). In the meantime, he gave lectures as Visiting Professor at the Graduate School of Economic Science, Saitama University (2006–2009), and at the Graduate School of Arts and Sciences, University of Tokyo (2012–2015).

Mr. Asakawa obtained his BA from University of Tokyo (Economics Faculty) in 1981, and MPA from Princeton University, USA, in 1985.