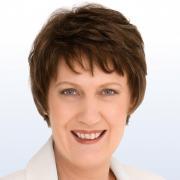 Prior to her appointment with UNDP, Helen Clark served for nine years as Prime Minister of New Zealand, serving three successive terms from 1999 - 2008. Throughout her tenure as Prime Minister, Helen Clark engaged widely in policy development and advocacy across the international, economic, social and cultural spheres.

As Prime Minister, Helen Clark was a member of the Council of Women World Leaders, an international network of current and former women presidents and prime ministers whose mission is to mobilize the highest-level women leaders globally for collective action on issues of critical importance to women and equitable development.

Helen Clark came to the role of Prime Minister after an extensive parliamentary and ministerial career. First elected to Parliament in 1981, Helen Clark was re-elected to her multicultural Auckland constituency for the tenth time in November 2008. Earlier in her career, she chaired Parliament’s Foreign Affairs Committee.

Prior to entering the New Zealand Parliament, Helen Clark taught in the Political Studies Department of the University of Auckland. She graduated with a BA in 1971 and an MA with First Class Honours in 1974.