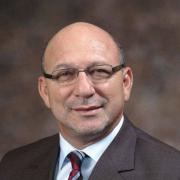 Trevor Manuel entered public political life in 1981 as the General Secretary of the Cape Areas Housing Action Committee, and then as a member of the National Executive of the United Democratic Front (UDF).  Between 1985 and 1990 he was repeatedly detained without trial or placed under house arrest, spending a total of 35 months in detention.  After the unbanning of the African National Congress (ANC), he was elected in 1991 to the National Executive Committee, and in 1992 became head of the ANC's Department of Economic Planning.

Originally educated as an engineer, Trevor Manuel has been awarded doctoral degrees by eight universities in South Africa and overseas. Since 2008 he has served as Chancellor of the Cape Peninsula University of Cape Town.