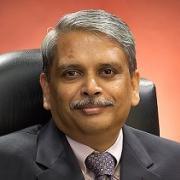 Kris Gopalakrishnan was voted the top CEO (IT services category) in Institutional Investor's inaugural ranking of Asia’s top executives and selected as one of the winners of the second Asian Corporate Director Recognition Awards by Corporate Governance Asia in 2011. He was also selected to Thinkers 50 in 2009, a list compiled by Des Dearlove and Stuart Crainer, the IE Business School, Madrid, and the London Business School’s Management Innovation Lab.

In January 2011, the Government of India awarded Kris Gopalakrishnan the Padma Bhushan, the country’s third-highest civilian honor. He has represented Infosys and India in the Indo-U.S. CEO Council and President’s Council of the New York Academy of Sciences, and as a member of the UNESCO High-Level Panel on Women’s Empowerment and Gender Equity and was also the Chairman of Business Action for Sustainable Development 2012 (BASD).