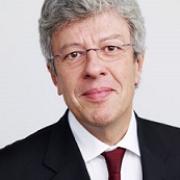 Michel Liès joined Swiss Re in 1978. From 2011 to 2012, he was Chairman, Global Partnerships. In this role, he focused on building and deepening long-term relationships with public sector stakeholders, governments and NGOs, with a particular focus on emerging markets. Prior to this he served as Swiss Re’s Head of Client Markets, where he was in charge of all client relationships worldwide, and was a member of the Group’s Executive Committee from 2005. He was Head of the company’s Europe Division from 2000 and Head of the Latin America Division from 1998.

Having worked in various countries in Europe and Latin America, Michel Liès is fluent in French, English, German, Italian, Portuguese and Spanish. He holds a degree in mathematics from the Federal Institute of Technology in Zurich.