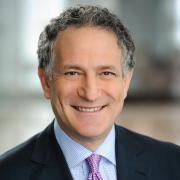 Prior to joining Bloomberg, Daniel Doctoroff was Deputy Mayor for Economic Development and Rebuilding for the City of New York.  He led one of the city’s most dramatic economic resurgences, spearheading the effort to revive New York after the attacks of 9/11 through a five-borough economic development strategy.  This included the most ambitious land-use transformation in the city’s modern history; the largest affordable housing program ever launched by an American city; and the creation of PlaNYC, New York’s pathbreaking sustainability plan.

Before joining the Bloomberg administration, Daniel Doctoroff was Managing Partner of Oak Hill Capital Partners, a major private equity investment firm.  While at Oak Hill, he founded NYC2012, the organisation dedicated to bringing the Olympic Games to New York. He continued to oversee New York City’s bid as Deputy Mayor, ensuring that the Olympic effort spurred parks, housing, and economic development projects in all five boroughs.

Prior to joining Oak Hill, Daniel Doctoroff was an investment banker at Lehman Brothers.  He received a B.A. degree from Harvard College and a J.D. degree from The Law School at the University of Chicago.  Before attending law school, he was a political pollster.

Daniel Doctoroff serves on the Boards of the University of Chicago; the World Resources Institute; and Human Rights First.  In addition, he created Target ALS, a $25 million collaborative effort to develop therapies for Lou Gehrig’s disease.  He is also Chairman of Culture Shed, an innovative cultural institution to be located on Manhattan’s West Side.