Paris/ Washington, D.C., 16 Dec 2015: Positive social media messages around climate action and economic growth have increased nearly eightfold in the past three years, according to analysis by the New Climate Economy (NCE) team using monitoring software from Crimson Hexagon. The shift is indicative of a broader change in how business leaders, investors, and governments understand the relationship between tackling climate change and economic growth, and increasingly see the two goals as mutually compatible.

The NCE team conducted analysis of over 430,000 relevant posts in English worldwide from Twitter, Facebook, blogs, and online forums spanning January 2013 until 13 December 2015 just after the conclusion of COP21 in Paris.

“The positive shift in how people are talking about climate action and economic growth is striking,” said Helen Mountford, Programme Director of the New Climate Economy. “And the change in opinion on social media is just one part of the larger story. From business leaders, to government policymakers around the world, to economists, to mayors, to the general public, there is a deepening understanding that climate action is not only necessary, but it can also be good for development and growth. This understanding is now beginning to take root and certainly contributed to the positive momentum driving the successful Paris Agreement.”

Crimson Hexagon, the monitoring software used for the analysis, has also written an earlier case study on the NCE findings. These monitoring results offer interesting preliminary insights into how public understanding around climate change and economic growth has shifted, but are not a professional survey. 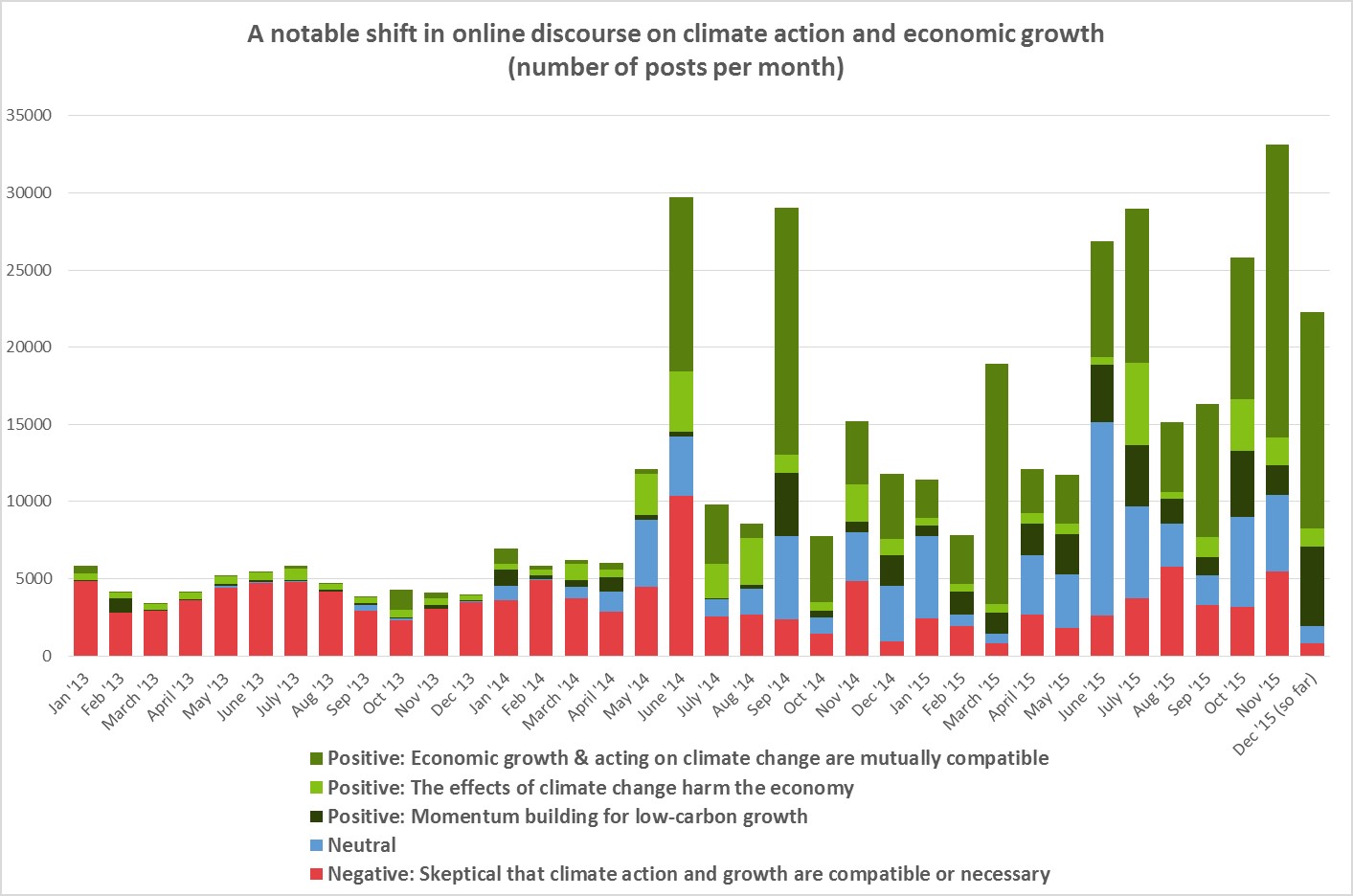 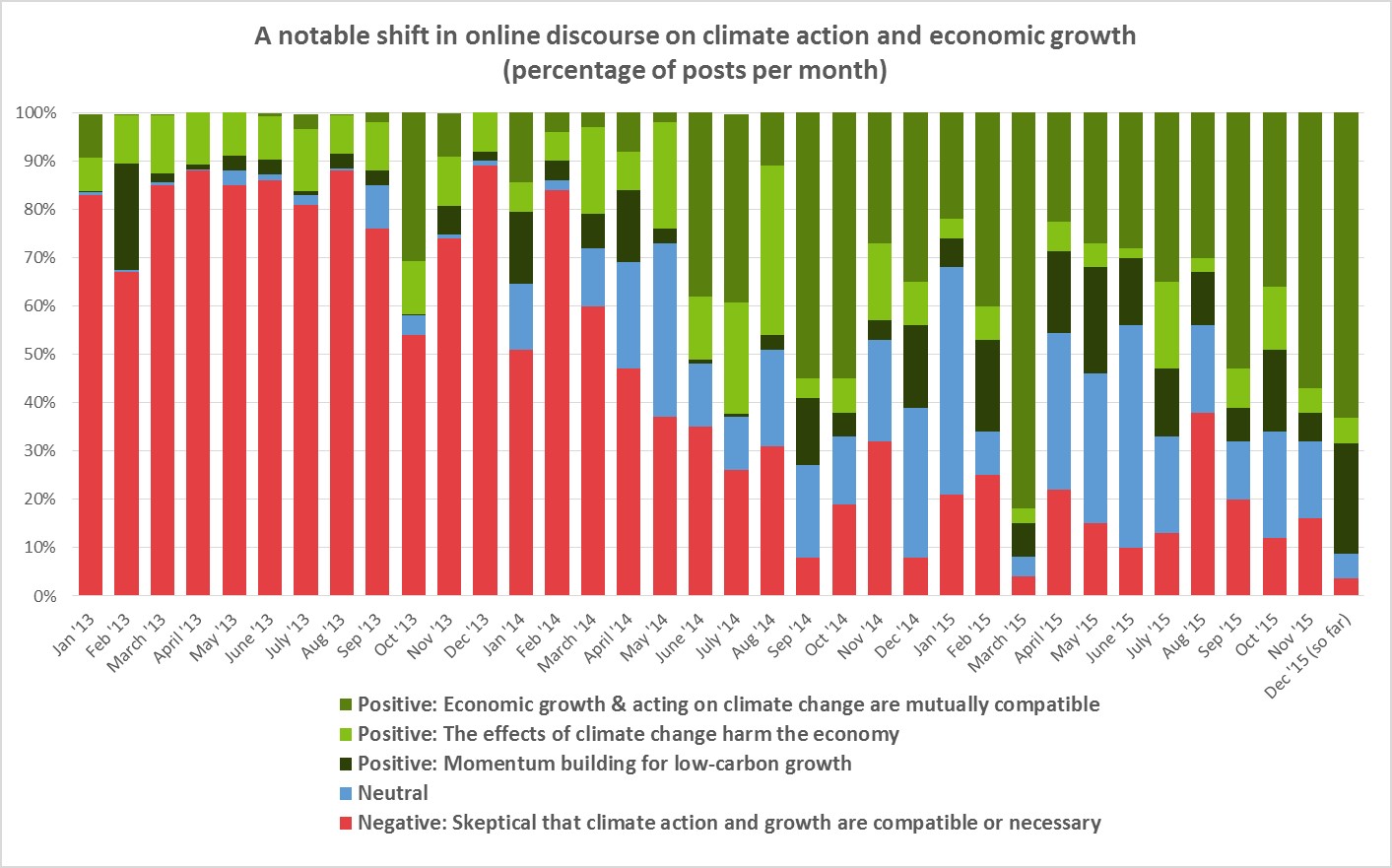